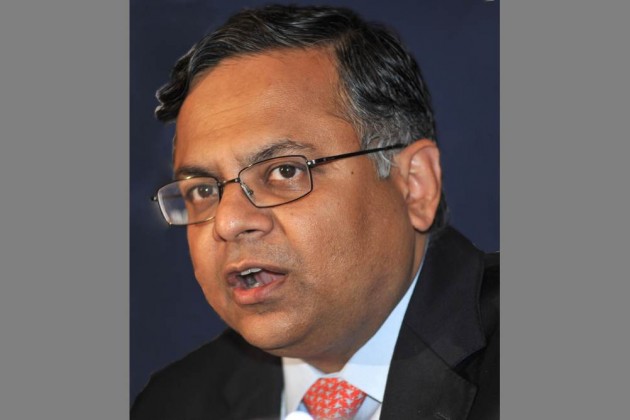 Natarajan Chandrasekaran, the Chairman-designate of Tata Sons, tonight said he will reach out to everyone as he will look to bind the USD 103-billion group, create shareholder value and run business on ethics and values Tatas are known for.

Chandrasekaran, 53, who headed Tata Group's most successful company, Tata Consultancy Services Ltd, expressed his gratitude to interim Chairman Ratan Tata and the board for giving him the responsibility.

"It's a huge honour and privilege to be appointed first to the board of Tata Sons and now to be Chairman of Tata Sons. It's a privilege and is a huge responsibility," he told reporters shortly after the Tata Sons board chose him as Chairman.

Chandrasekaran, the first non-Parsi Chairman of Tata Group, said the conglomerate has had many tall leaders who have steered it through challenges and business ups and downs.

"They have had phenomenal leaders who have contributed to making the Group what it is today. While I feel very honoured, I also feel overwhelmed because I don't think anyone can easily get into this job. This position requires several leadership qualities and compassion and I feel I will grow into this role over a period of time," he said.

The responsibility, he said, requires "binding the Group together (and its) the three-tier structure" with the "phenomenal" work that Tata Trusts - the majority holders of Tata Sons - has done very silently over a century in contributing to the society.

Interestingly, his predecessor Cyrus P Mistry was sacked for "growing and untenable trust deficit between Tata Sons and the Tata Trusts."

Chandrasekaran said Tata Sons did pioneering businesses and stood by the operating businesses in "good times and more importantly, in bad times."

"We all have a purpose and I look forward to working with everybody, building relationships not only for my business performance but to bring the business performance, to create shareholder value which is fundamental with ethos and values which the Group is known for," he aid.

Stating that he would need a lot of support, he said said it is not one man's job and needs a collective leadership. "I will reach out to everyone."

Tata Group, he said, is not just pioneer but also in multiple business and has held "the highest importance to running business on ethics - in terms of value."

It lives in the hearts of people of this country. "They touch people in nook and corner of the country and the common man always says 'Tata humara company hai' (Tata is our company). So it is that kind of heritage that makes it such a special group," he said.

He said he wants to reach out to the larger Tata Group and its employees that he is "really privileged to have the opportunity to be with them."

"Finally, I would like to show my gratitude for the board of Tata Sons and Mr Ratan Tata for placing their confidence and faith in me to lead this group," he said as he went on to thank business community for showing their support and appreciation to him.

Earlier, in a statement he said Tata group is at an inflection point said his aim would be to help progress the conglomerate "with the ethos, ethics and values that the Tata group has been built on".

"It will be my endeavour to help progress the group with the ethos, ethics and values that the Tata group has been built on."

He further said he is "humbled and honoured to be chosen to lead a truly great institution that occupies a unique position in the hearts of people in India and the world".

"I am proud to have been part of the Tata family for over 30 years and assuming this position is a great privilege," he added.

Popularly known as Chandra, who was the chief of the group's crown jewel TCS also thanked the Tata Sons Board and Ratan Tata "for their confidence in me to lead this trusted institution that has a rich heritage".