Will Go To the US Soon To Meet Trump: Says Union Minister Ramdas Athawale 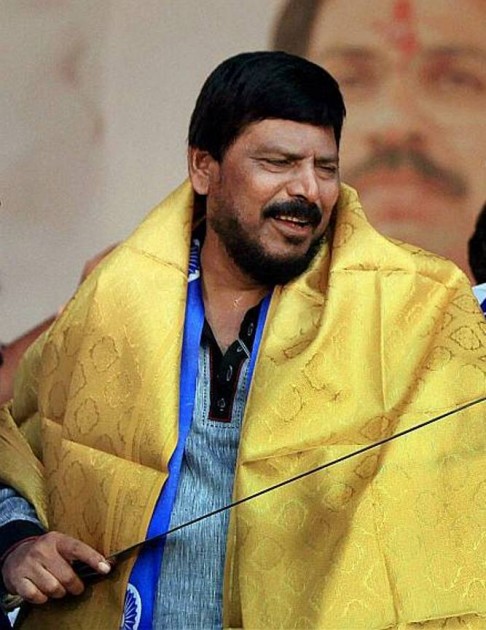 Print
A
A
A
increase text size
Outlook November 11, 2016 15:56 IST Will Go To the US Soon To Meet Trump: Says Union Minister Ramdas Athawale

The chief of the Republican Party of India Ramdas Athawale on Friday said that he was elated over the victory of 'Republican Party' candidate Donald Trump in the US presidential election.

The Union Minister of State for Social Justice said " Donald of the Republican Party has been elected as US President. I will go to the US soon to meet him."

"I will be going to the US soon to meet him. I will be visiting the US in a month and greet him as President of the Republican Party," he added.

Athawale, known for his comic sense, is a prominent Dalit leader from Maharashtra whose induction into the Narendra Modi government five months ago was seen as part of BJP's endeavour to reach out to the politically crucial segment ahead of elections to five states including Uttar Pradesh.