Will Act Against Those Putting Up Posters of Alagiri: DMK

Print
A
A
A
increase text size
Outlook January 29, 2013 14:57 IST Will Act Against Those Putting Up Posters of Alagiri: DMK

DMK today warned of disciplinary action against those responsible for putting up posters carrying inappropriate words across the city in connection with the birthday celebrations of Union Minister M K Alagiri.

"In the name of greeting Alagiri, posters carrying inappropriate words have cropped up which bring bad name to the party...Strict action would be taken against those responsible for such acts," the party said in a statement.

The posters did not carry any name of the person or from where they were printed.

The city was awash by posters of Alagiri for his 62nd birthday celebrations tomorrow.

Sibling war came to the fore after party Chief M Karunanidhi made it clear that his younger son M K Stalin would be his successor and Alagiri indicating that he would oppose the decision saying, DMK was "not a mutt". 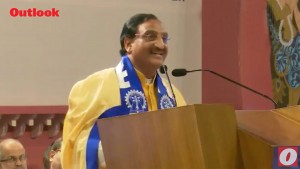