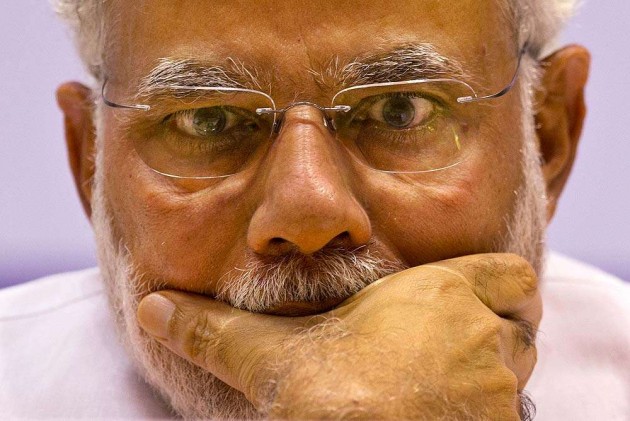 The Congress today targeted the BJP after the arrest of its women's wing leader Juhi Chowdhury for her alleged involvement in a child trafficking case, and asked why the Prime Minister was silent over the issue.

Addressing a press conference here, the Congress leader said it is "glaringly shameful" that the West Bengal BJP Mahila Morcha general secretary Juhi Chowdhury has been arrested for her involvement in a child trafficking racket.

He claimed Juhi has now told the police that she was advised to escape to Nepal by an MP of BJP.

He alleged that the owner of the Jalpaiguri orphanage publicly stated that Juhi had sought assistance for her from BJP Rajya Sabha member Roopa Ganguly and BJP National General Secretary Kailash Vijayvargiya for "assistance and necessary clearances from the government" for the facility.

"These allegations are indeed shocking, disgusting and utterly shameful, reflecting a deep rooted malice in the BJP," he said.

"(Prime Minister Narendra) Modi must also tell the nation how and why the names of BJP national general secretary Kailash Vijayvargiya and BJP nominated Rajya Sabha MP Roopa Ganguly surfaced in a child trafficking racket in West Bengal?" he asked.

"But in BJP-ruled Madhya Pradesh, a spy ring was exposed and PM Modi is silent. In West Bengal, a BJP general secretary of their women's wing was arrested for allegedly running a sex racket...," he alleged.

Chowdhury was arrested from Batasia area close to the Indo-Nepal border last night by the CID for her alleged involvement in the Jalpaiguri child trafficking case.

The BJP has, however, denied her involvement and termed her arrest as a "conspiracy".

Continue FREE with Ads Pay Rs. 1 to Read Without Ads
READ MORE IN:
Narendra Modi National
Next Story : 'My Property Would Be Equally Divided Between Son And Daughter', Says Amitabh Bachchan
Download the Outlook ​Magazines App. Six magazines, wherever you go! Play Store and App Store