Why is Khemka Being Sidelined, BJP MP Asks Haryana Govt 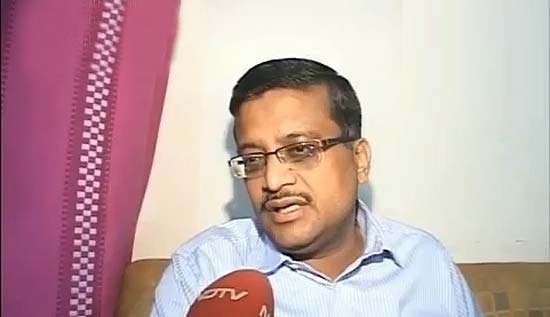 Print
A
A
A
increase text size
Outlook May 30, 2015 23:49 IST Why is Khemka Being Sidelined, BJP MP Asks Haryana Govt

BJP leader Ashwini Chopra today questioned his own party-led Haryana government, why IAS officers like Ashok Khemka are being "sidelined" when the Chief Minister has bated for corruption-free governance.

"I thought an honest officer like Khemka will be given an important department where he could further unearth scams of the previous Congress government, but that thing has not happened. The whole matter is going to cold storage," he said.

The journalist-turned-politician said that the Haryana Chief Minister Manohar Lal Khattar enjoys a clean image, but few bureaucrats around him are feeling "suffocated" because of his honesty and commitment to fight graft at all levels.

Talking further about Khemka, who had canceled the mutation of land deal involving Robert Vadra and realty major DLF during the previous Congress regime, the Karnal MP said, "I talk in a free and direct manner..Good bureaucrats should be brought in good positions. What happened to Khemka, he was shifted from Transport to Archeology Department.

"The state ministers and our MLAs keep saying that we will not allow corruption and will curb it with an iron hand, but the person who has all the files of scam-taint Congress leaders and Robert Vadra, is being sidelined. Then how can you justify the fight against corruption", he asked.

Chopra noted that if such a practice is adopted, the Haryana CM will fall into the trap just like the former Prime Minister Manmohan Singh.

"What I fear is that in the days to come, people will take advantage of CM's gentleness and honesty. Like what happened during Congress' time, (former PM) Manmohan Singh was very gentle, but people under him were corrupt, similarly this thing may happen in Haryana," he said.