Whoever Is Not Voting For The TDP Should Feel Ashamed, Says Chandrababu Naidu 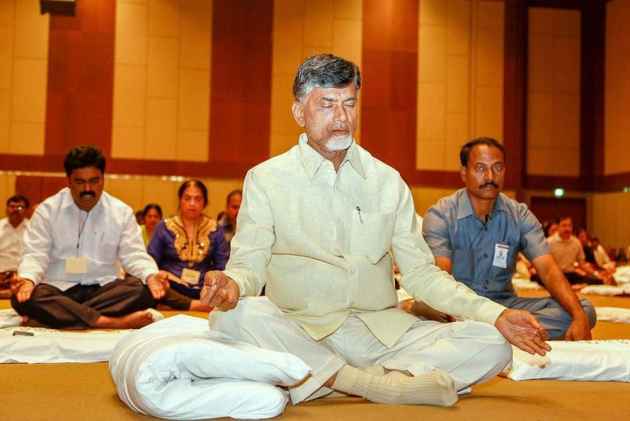 Print
A
A
A
increase text size
Outlook May 27, 2017 17:22 IST Whoever Is Not Voting For The TDP Should Feel Ashamed, Says Chandrababu Naidu

Stating that his government is working for the welfare of people, Telugu Desam Party president and Andhra Pradesh Chief Minister N Chandrababu Naidu today said that "whoever doesn't vote for TDP should feel ashamed".

"From birth to death...In whatever way the government could help them, we are helping (people). We have launched a number of welfare and development programmes in the last three years despite the severe hardships caused by illogical bifurcation of the state. Our aim is to ensure at least 80 per cent happiness among people," Chandrababu said.

He said the government is working hard to realise the people's demand for welfare and development.

"People want welfare, development and corruption-free governance. We are working in that direction only. It is hence the responsibility of the party workers to ensure 80 per cent of people vote for TDP (in 2019 polls). Whoever doesn't vote for TDP should feel ashamed," the chief minister said.

He asked TDP workers to go house-to-house in every village and propagate the work being done by the government.

"Tell them what we are doing. Ultimately, at least 80 per cent of people should be satisfied with our work. They should be content and happy," Chandrababu said, adding that the government has launched "People First" concept to usher in a happy society.

While he mentioned the work done by his government in the last three years, Chandrababu did not speak a word against the Telangana Rashtra Samiti (TRS) though he heaped praise on TDP leaders from Telangana for "fighting relentlessly" against the K Chandrasekhar Rao government.

For over a tenth time, a resolution was passed at the Mahanadu seeking Bharat Ratna for NTR, though the successive governments at the Centre did not respond through these years.