Who Will Be NDA's Vice President Candidate? Decision Today 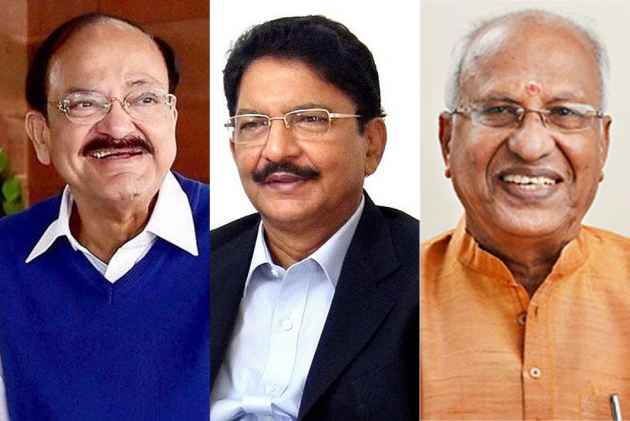 Print
A
A
A
increase text size
Outlook July 17, 2017 13:37 IST Who Will Be NDA's Vice President Candidate? Decision Today

Who will be the ruling NDA's candidate for the vice presidential election?

The party's parliamentary board will meet here in the evening to pick the VP candidate.

The meeting is expected after the voting for the presidential poll ends.

There is speculation that the saffron party may pick a candidate from a region where it has been traditionally weak so as to send out a positive message.

Its chief Amit Shah has identified states like Kerala, Telangana and West Bengal as the new growth region for the party.

As was the case with its presidential candidate Ram Nath Kovind, a Dalit seen as a surprise pick, the party might go for a face that will help it politically.

An alliance of 18 opposition parties, including the Congress, has already announced Gopalkrishna Gandhi as its candidate for vice presidential poll scheduled for August 5.

July 18 is the last date for filing of nominations.

The electoral college for the election consists of 790 MPs of the two chambers of Parliament.

The ruling bloc enjoys an overwhelming majority in the electoral college and BJP has expressed confidence about garnering anywhere between 500 and 550 votes.