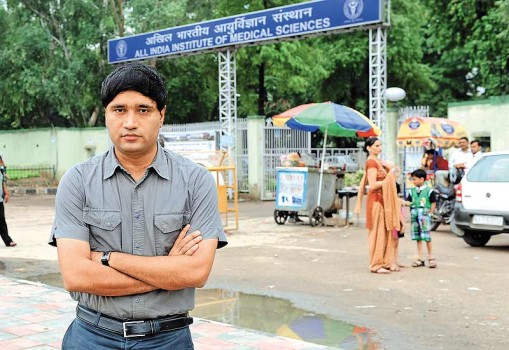 Forest Service officer Sanjiv Chaturvedi, whose appointment as OSD to Delhi Chief Minister Arvind Kejriwal was shot down by the Centre, has been posted here by the Uttarakhand government.

Chaturvedi, a 2002-batch Indian Forest Service (IFS) officer of Uttarakhand cadre, was awaiting posting for past over three months.

He has been appointed as Officer on Special Duty (OSD) in Uttarakhand's Resident Commissioner's office and assigned work relating to National Green Tribunal (NGT), an official order issued by the state government said.

The officer, who had been at loggerheads with the Centre and had approached courts against some of the decisions of the central government of allegedly denying him due service- related benefits, was recently promoted as Conservator of Forests.

Chaturvedi's appointment assumes importance as at least 180 cases of alleged violation of environment norms in Uttarakhand, which has 70 per cent forest cover, are pending trials in NGT, officials said.

He worked as Chief Vigilance Officer and then as Deputy Secretary in All India Institute of Medical Sciences (AIIMS) here from June 2012 to June 2016. Last year, he had sought inter-cadre deputation to Delhi government.

The Appointments Committee of Cabinet-led by Prime Minister Narendra Modi had declined the proposal for inter- cadre deputation of Chaturvedi (for appointment as Officer on Special Duty to the Delhi Chief Minister) from Uttarakhand cadre.

He at present is working without any post in the Uttarakhand government.

As per norms, an officer of Indian Forest Service is appointed to the post of Conservator of Forests after completing 14 years of service. However, the Annual Confidential Report of the officer concerned need to be outstanding.

The Supreme Court had recently sought responses from the Centre, AIIMS and the Central Vigilance Commission on the plea of the officer who has alleged that he was not given any work at the premier medical institution here despite having an exemplary service record.