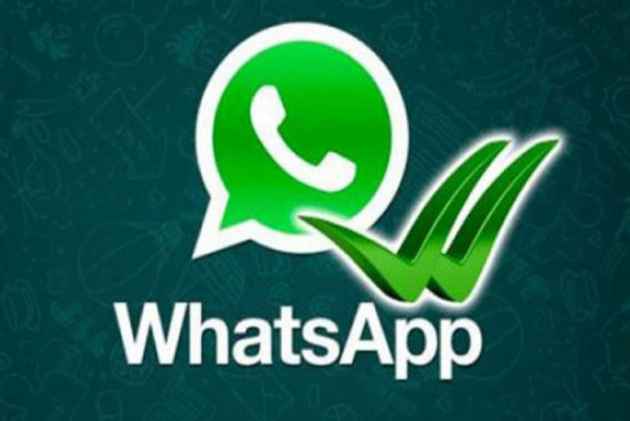 The Centre on Friday told the Supreme Court that data of users was "integral" to the Right of Life and Personal Liberty guranteed under the Constitution and it would come out with regulations to protect it.

It said that there was a need for intervention by the State in the matter as data was connected to the personality of a user.

The submission was made before a five-judge constitution bench headed by justice Dipak Misra which was examining the contentious issue of 2016 privacy policy of WhatsApp.

"Data of user is connected to the personality and it is an integral part of Article 21 (Protection of Life and Personal Liberty of the Constitution). If any contractual obligation impinges upon that, it will have ramifications. We will come out with regulations (on data protection)," Additional Solicitor General PS Narasimha submitted.

The bench also comprising justices AK Sikri, Amitava Roy, AM Khanwilkar and MM Shantanagoudar observed that it would have to "draw a line" on where data could be used and where it could be "misused".

During the hearing, the court said "arbitrary" conditions could not be imposed on the users and though the Centre has said it would come out with a regulatory regime, the issue was how to control it till the time the regulatory measures were put in place.

"We have already said that do not link privacy issue with this. This case can be argued on another platform. I have a choice. You have a facility. When you are giving a facility, you cannot impose arbitrary conditions," Justice Misra said.

The bench also observed that such platforms cannot impose conditions which violate rights of citizens as choice of the users cannot be "curtailed".

Senior advocate Kapil Sibal, appearing for WhatsApp, told the bench that the mobile application was not at all against a regulatory regime and no user data was shared on the instant messaging platform.

He, however, told the court that since a nine-judge bench of the apex court is adjudicating the issue whether right to privacy is a fundamental right, this matter should be heard after the judgement is pronounced by the larger bench.

The court, after hearing the submissions, fixed the matter for further hearing on September 6 as the nine-judge bench was likely to pronounce its verdict on right to privacy by then.

Senior advocate Harish Salve, appearing for two students Karmanya Singh Sareen and Shreya Sethi who have challenged the 2016 WhatsApp privacy policy, argued that their plea was maintainable as they have sought a direction to the Centre that regulations should be put in place to deal with the issue of data sharing.

"Merely because you (WhatsApp) are a service provider, you cannot say that I will open your letter and read it," he said, adding, "This court has the jurisdiction to hear this matter. Where is the question of maintainability?".

Sibal raked up the issue of why only WhatsApp has been targeted in the petition, saying that the platform has an end-to-end encryption and messages or data shared cannot be accessed by anyone.

"It is an indirect way for telecom companies to stop WhatsApp," he said, adding, "Take any platform, data is shared. Why a petition has been filed against WhatsApp only. Our data is secured. It is not a PIL (public interest litigation) at all."

However, Sibal said, "Students and youngsters are not (agents), but there are some agents. Millions and billions of users have no objection. Only two people on the planet have a complaint."

He said that a regulatory regime of the government should be applicable to all platforms which are operating in India and this may have huge economic implications.

Senior advocate Arvind Datar, appearing for Facebook which had acquired WhatsApp in 2014, told the bench that nothing was shared on the messaging platform.

Sibal submitted that issue in hand was aserious one and it must be understood first as to how these platforms operated otherwise it would be akin to opening a Pandora's box which would be hard to control.

The Centre told the court that it would come out with a regulatory regime on data protection, but how far it would cover the aspect would depend on the arguments advanced by the parties in the court.

The apex court had in May asked the government to ensure that 160 million Indian subscribers were not "entrapped" in any manner by service providers like WhatsApp, which was providing were services to its users.

The petitioners have claimed that after the 2016 privacy policy, personal data was shared and other data were collected by WhatsApp which were used for commercial purposes.

The apex court was hearing the appeal assailing the Delhi High Court verdict on the ground that no relief was granted for the data shared by the users after September 25, 2016 which amounted to infringement of the fundamental rights under Articles 19 and 21 of the Constitution.