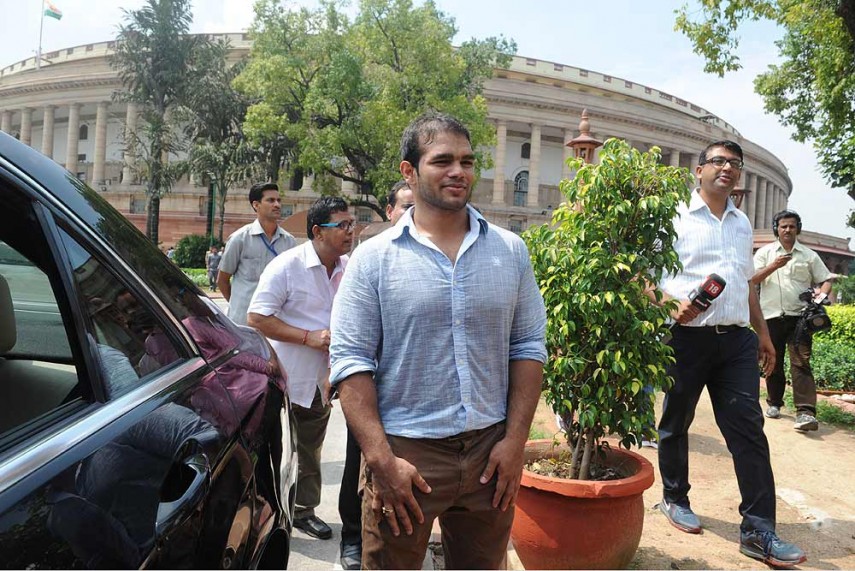 The Wrestling Federation of India (WFI) today stood firmly behind dope-tainted Narsingh Yadav, whose fate in the Rio Olympics would be determined by the Court of Arbitration of Sports (CAS) here tomorrow.

"We have done our homework. Narsingh has come here only after he was given the green signal from the International governing body. Is it some kind of a joke?" Singh told PTI at the wrestling venue of Carioca Arena 2, on the eve of Narsingh's hearing.

"As a matter of fact, an athlete is not allowed inside the Olympic Village unless his name is not cleared. He's got a valid athlete accreditation as his name is cleared for the 74kg men's freestyle competition," he pointed out.

Asked about the speculation of Narsingh facing the prospect of receiving a career-threatening four-years ban, the WFI chief: "It's all creation of a section of media who want to end his career. He will very much compete and return with a medal."

It has been learnt that the hearing is postponed by two hours and will be held at 11 am local time at an undisclosed city hotel here tomorrow.

Asked whether Narsingh would be present at the hearing, Singh said: "He has weight-in around the same time here tomorrow."

IOA secretary general Rajeev Mehta along will be there during the trial which will be fought by Narsingh's legal counsel Vidushpat Singhania via video-conference from New Delhi.

Narsingh got clearance from the National Anti-Doping Agency (NADA) on the basis a sabotage theory to his positive dope test but it was challenged by the World Anti-Doping Agency (WADA), which had moved the CAS to determine the fate of 2010 Commonwealth Games champion.

Narsingh will now have to eagerly wait for the CAS verdict a day before his bout.

"We're left with two options either to take two-days' time and fight the case or a time of one-month for reply which would have jeopardised his career. His fate will now be decided on August 18. We will fight till the end," Mehta had said.

"We will reply on the basis of merit, let's hope for the best. This is the best option we're left with and now we are living in hope."

Narsingh, who was cleared by NADA August 2 by exonerating him from doping charges on basis of a "sabotage" angle, had joined the Indian team five days after the Rio Olympics began.

The wrestler began his preparation at the Games Village with training under his coach but to his utter dismay there was more trouble brewing as WADA was not convinced with the clearance.