'The CBI is under the influence of Prime Minister Narendra Modi. It stood in the Supreme Court and sought permission to run trial against Advani and others in the Babri Masjid demolition case' 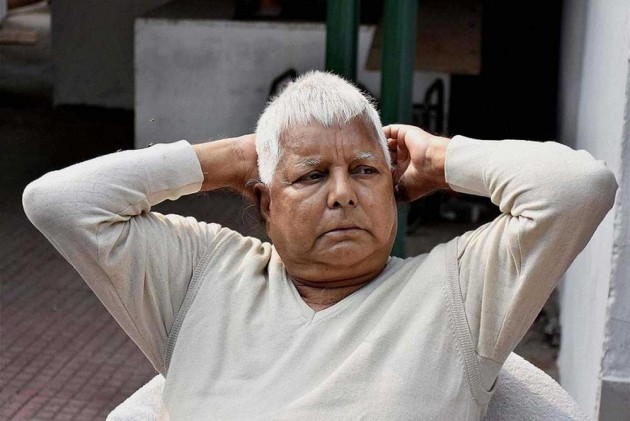 RJD chief Lalu Prasad today alleged that the Supreme Court order allowing trial of top BJP leaders in the Babri Masjid case was a "well-thought-out politics" of the Prime Minister to remove L K Advani's name from the Presidential race.

"The CBI is under the influence of Prime Minister Narendra Modi. It stood in the Supreme Court and sought permission to run trial against Advani and others in the Babri Masjid demolition case," Prasad alleged.

"Since Advani's name was in circulation as a probable for the post of President, Modi through well-thought-out politics struck out his (Advani's) name," he alleged.

"It is well known that the CBI does what the government desires," the RJD chief claimed.

"The BJP makes no difference between itself and others while playing dangerous politics against anyone considered opposed to Modi," he claimed.

Speaking to reporters, Prasad also demanded a probe into "why BJP veteran A B Vajpayee had become physically incapacitated?"

The RJD chief also sought to turn the tables on the BJP, claiming if Union Minister Rajnath Singh and other NDA leaders did not attend Monday's programme in Patna to honour freedom fighters due to the presence of 'convict' Lalu Prasad, "then how could they make Kalyan Singh a Governor?"

The apex court in its order had today noted that Rajasthan Governor Kalyan Singh enjoys Constitutional immunity and can be tried only after he ceases to hold the office. Singh was the chief minister of Uttar Pradesh in 1992.

"On one hand, they garland Gandhiji's statue, on the other they salute his killer Nathuram Godse," he claimed.