Weed Out Red-Tapism or Face Action: Gadkari to Officials 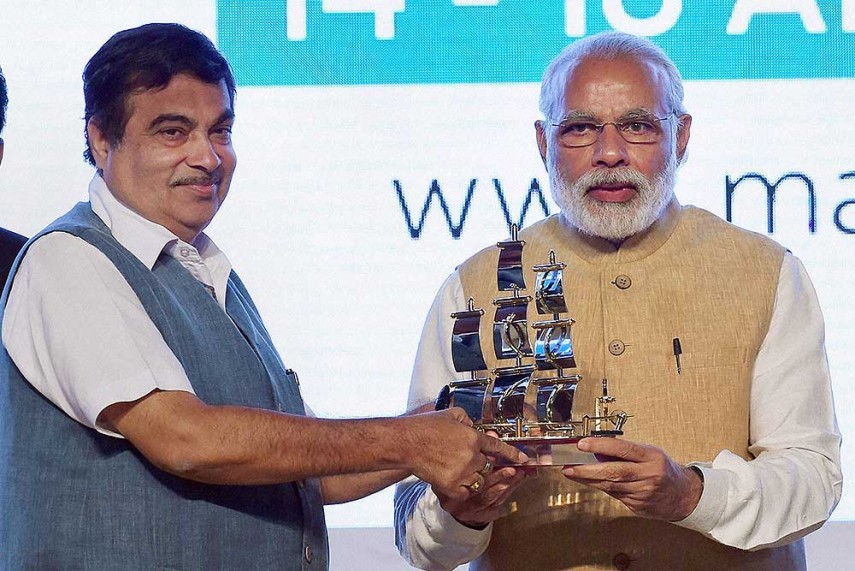 Print
A
A
A
increase text size
Outlook July 22, 2016 16:50 IST Weed Out Red-Tapism or Face Action: Gadkari to Officials

Peeved with slow pace of reforms in the shipping sector, Union Minister Nitin Gadkari today called for a change in mindset and asked officials to "weed out obstacles and remove red-tapism", or face stern action.

Unhappy that Indian seafarers at 6 lakh occupy a minuscule percentage in the global arena, the shipping minister asked officials to initiate immediate reforms to make India a hub for seafarers worldwide by allowing private players to open skill training institutions.

"Your mindset needs to be reformed. You have stopped growth in the name of future projections. Mend your ways ... Change, or I will scrap your offices. Allow people who want to work. Don't create obstacles," Gadkari told officials while chairing a meeting of the National Shipping Board (NSB) here.

The minister wanted the officials to grant approvals to private companies imparting skill development training and draw up a scheme to provide stipend to trainees.

"The way software and IT developers from India are flourishing all over the world, why can't we develop seafarers on the same lines and become pioneering in the world market? Not only we can provide seafarers to global market with a huge demand for skilled manpower, but we can bring in foreign exchange to India and help our economy grow," he reasoned.

Gadkari asked officials to prepare a list of 25 top shipliners, on the lines of infrastructure firms whose officials have been asked to impart skill training to local youth.

The minister suggested that the ministry can share 50 per cent of the cost incurred in providing skills, which could be given as a stipend to candidates taking up these courses.

He directed DG Shipping to ensure a policy in this regard is prepared at the earliest and private institutions in India training seafarers should be given a free hand by clearing obstacles. "Of course, there should not be any compromise on quality," he did not mince words.

"Don't talk of restrictions. This will affect employment... Weed out obstacles," was the terse message from the minister.

Gadkari also suggested that India should start recognising foreign certification for recruitment so that seafarers who acquire skills and education overseas can easily work in India and their work gets recognised.

He asked the officials to come up with a policy soon to accept certification from various prominent foreign maritime countries like Singapore, Hong Kong, Malaysia, Panama and Liberia.

"There are very few countries like Bangladesh which provide cheaper seafarer labour than India. Accordingly, we can formulate our policy so that Indian seafarers are benefited," he said.

According to Shipping Ministry estimate, Indian seafarers constitute about 6 per cent of the world seafarer community, equally divided between navigation and engineering disciplines serving both Indian and foreign flag vessels.

A new Act to push reforms in the sector is on the anvil, the minister said who asked the officials "not to waste time in the name of studying files".

On issues raised by some shipliners that under the current policy they have to pay seafarers their salaries at particular ports of call and the seafarer in turn transfers it to his NRI account, Gadkari said the issue will be taken up with RBI to assess if direct transfer of funds to the NRI account is possible.

Five largest seafarer suppliers in the globe include China, the Philippines, Indonesia, Russia and Ukraine.

When it comes to officers worldwide in sea trade, India is ranked 3rd, next to China and the Philippines.

Efforts are also on to bring in reforms in the model concession agreement besides dispute redressal mechanism, the minister added.