We Train to Take up Any Threat, Will Deliver the Result That Nation Expects: IAF Chief 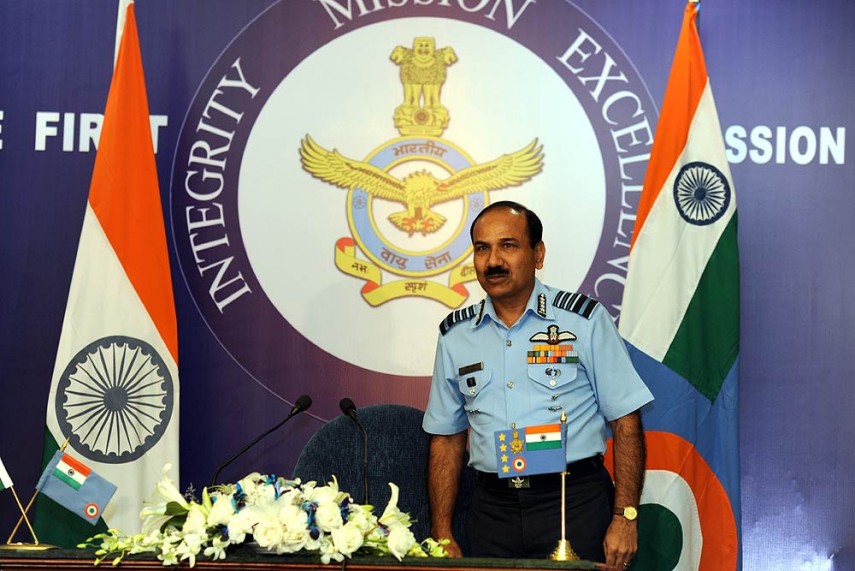 Print
A
A
A
increase text size
Outlook October 08, 2016 17:17 IST We Train to Take up Any Threat, Will Deliver the Result That Nation Expects: IAF Chief

Forces will not talk but deliver, IAF chief Arup Raha said today amid bitter political discourse over the cross-LoC surgical strikes, and asserted that the military was ready to give a befitting reply to any challenge.

"There has been so much discussion on this issue in the country, every section of society is giving opinion on this issue. The armed forces are supposed to deliver the result that the nation expects. We are not going to talk about it, we will just deliver," Air Chief Marshal Raha said here.

His response came on a query about the ongoing political bickering over the surgical undertaken by the Army on September 29 with the opposition accusing the government of taking political mileage from the operation.

Raha was speaking at an event to celebrate the Indian Air Force's 84th Foundation Day with a spectacular air display at Air Force Station Hindon in Uttar Pradesh's Ghaziabad district, 30 kms from Delhi.

For the first time, India's indigenous Light Combat Aircraft performed stunts at the air show, amid loud cheers from the audience.

In his customary address at the celebrations, Raha, who is also the chairman of the Chiefs of Staff Committee said, "World is in a flux today. Terrorists attacks in Uri and Pathankot show the troubled times we live today."

In his message on official Facebook page of the IAF — Indian Air Force, Power to Punish — launched today, the Air Force chief said the force is operating some of the most modern weapons and equipments and the air warriors exercise ceaseless vigil of skies.

"We continue to train to take up any threat and are fully prepared to undertake any challenge in most befitting manner," Raha said.

Asked later about increasing threat from Pakistan, he said the armed forces are well prepared to take on any sub- conventional threats.

Sub-conventional threats refer to proxy war that Pakistan indulges in against India through the use of terrorists.

Raha said that terrorists can always get better but the armed forces can neutralise them.

With each incident, the forces are getting smarter and learning new lessons, he said.

The surgical strikes had come in the wake of the September 18 terrorist attack on an army camp in Uri town of Jammu and Kashmir in which 19 soldiers were killed.

The Air Force Day commemorates the establishment of the armed force on October 8, 1932.