We Shouldn't Fall Into Trap of Modi or Rahul: Arundhati Roy 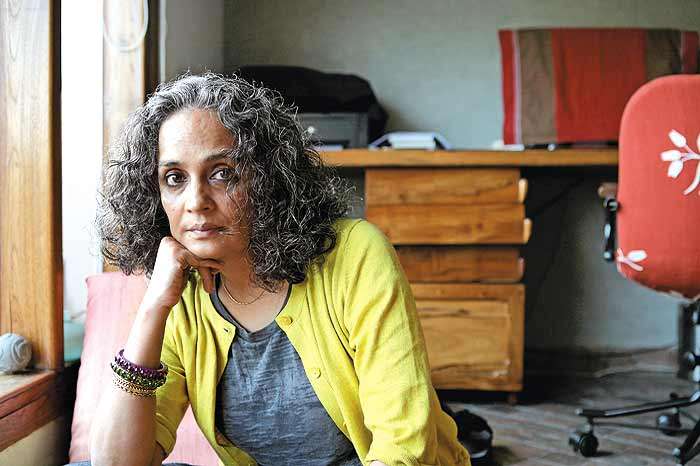 Print
A
A
A
increase text size
Outlook November 17, 2013 21:51 IST We Shouldn't Fall Into Trap of Modi or Rahul: Arundhati Roy

Author and activist Arundhati Roy today said that in an age of coalition, options are wide open before people and they should not fall into trap of Narendra Modi or Rahul Gandhi.

"I don't think we should fall into trap of Modi or Rahul. Indulging in poll predictions will be a self fulfilling prophecy and disrespect to people," she said, adding that options before people are wide open in an age of coalition.

Claiming that the country was experiencing corporate governance, Roy said instead of discussing as to who should be the prime minister "we should talk which company will come -- Tata or Reliance."

The Booker-winner author said that the Gujarat chief minister is unlikely to become the prime minister.

On Odisha Chief Minister Naveen Patnaik emerging as a dark horse for the top position, she said "I cannot predict elections."

Regarding soaring crimes against women, she said "let us not blame the government for everything. While women have changed fast, men are losing control over them."

To a query on the proposed Posco steel project near Paradip in Jagatsinghpur district, Roy said anti-Posco movement has of late suffered a set-back but it would soon regain its steam.

Lauding Dangaria Kandhas for their fight against Vedanta project at Lanjigarh in Kalahandi district, she said they have taught the art of resistance. "They fought within forests, at Delhi and also at London stock exchange. The struggle will continue till the project is shut completely."