We Just Lost A Game of Cricket, Pak Team Outplayed Us: Kohli on CT Finals Defeat 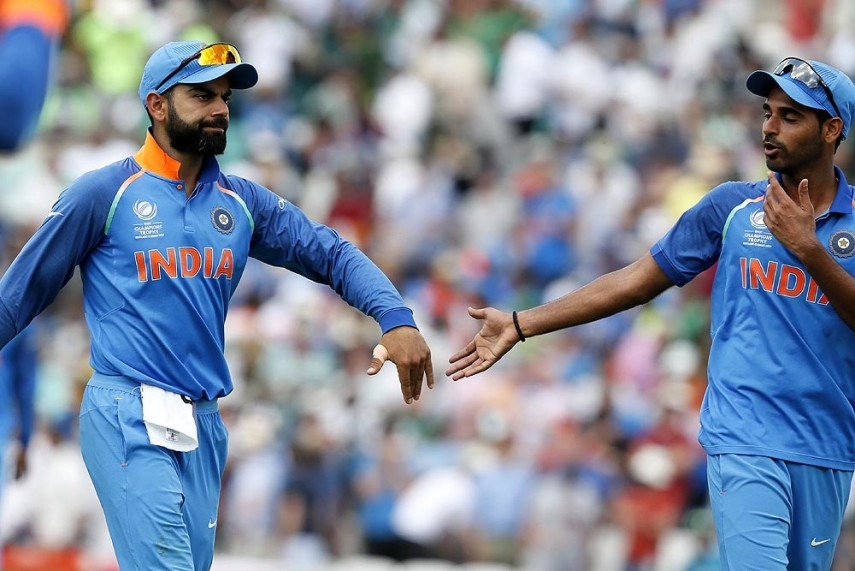 Print
A
A
A
increase text size
Outlook June 19, 2017 11:24 IST We Just Lost A Game of Cricket, Pak Team Outplayed Us: Kohli on CT Finals Defeat

India skipper Virat Kohli on Sunday expressed disappointment after losing against Pakistan in the Champions Trophy final but said that his team has just lost a game of cricket against a side which outplayed them.

Pakistan came out with a splendid all-round performance as they defeated arch-rival India by 180 runs at The Oval to lift their maiden Champions Trophy title.

Chasing a challenging total of 339 runs, India bowed down before the Pakistani bowlers and got all out for mere 158 runs in 33.3 overs.

"Indeed (disappointing). Congratulations to Pakistan and their fans. The way they turned things around speaks volumes of the talent they have in their side. They can upset anyone on their day," said Kohli in the post-match presentation ceremony.

The India skipper said that it was indeed disappointing to lose but he was proud of the team as they played some really good cricket to enter the finals of the Champions Trophy.

"Credit to Pakistan; they outplayed us. We never took anyone lightly. They were more intense and more passionate," he said.

"We haven't won the final, have lost a game of cricket, and that's all. We need to move on and learn from our mistakes.We just weren't good enough on the day. We will take that on the chin and move on," he added.

Chasing such a big target, that too in the finals was never going to be easy and India had pinned all its hopes on Virat Kohli, one of the best chasers in the world as he had done so many times for the Men in Blue in the past.

But Kohli (5), the big match player did not get going, along with Rohit Sharma (0) and Shikhar Dhawan (21), and the defending never came back into the game after that.

Mohammad Amir, who did not play in the semis, produced a brilliant spell of pace bowling and took the price scalps of the top three Indian batsmen to leave the Men in Blue at bay.

The only standout performance came from all-rounder Hardik Pandya who raised hopes through his brilliant innings of 76 off 43 balls after the team after they were reduced 72 for the loss of six wickets went in vain.

Pandya was involved in a mix-up with Ravindra Jadeja and was run-out. It was formalities for Pakistan after that and they clinched the win by bowling out India for 158 in the 31st over.

Apart from Pandya, no other Indian batsmen could play freely and were found struggling against a steaming Pakistan bowling attack.

In contrast, opener Fakhar Zaman scored a brilliant century and a late hitting from middle order led Pakistan to 338 for the loss of four wickets after they were put into bat.

Put into bat, the Men in Green had a perfect start as both Azhar Ali and Zaman shared a 128-run opening stand to put their team on road of a massive first innings-score.

Both the batsmen didn't spare any of the Indian bowlers, except Bhuvneshwar Kumar, and scored on all parts of the ground.

However, in a complete mix up, Ali got run out at his individual score of 59.

Zaman, who made his debut in the tournament, continued his dream run as he scored his first ODI hundred. The left-hander was literally brutal as he smashed 12 fours and 3 massive sixes during the course of the innings.

In trying to up the ante, he got out but not before scoring a brilliant 114 off just 108 balls.

Mohammad Hafeez and Babar Azam also chipped in with handy contributions towards the end of the innings and helped their team go past 300 marks.

Hafeez smashed 3 sixes and 4 boundaries during the course of his innings.

Zaman was adjudged the Man of the Match while Hasan Ali was declared the Player of the Tournament. (ANI)