Watch: Think About Army, Not About Ban on Artistes, Says Akshay Kumar 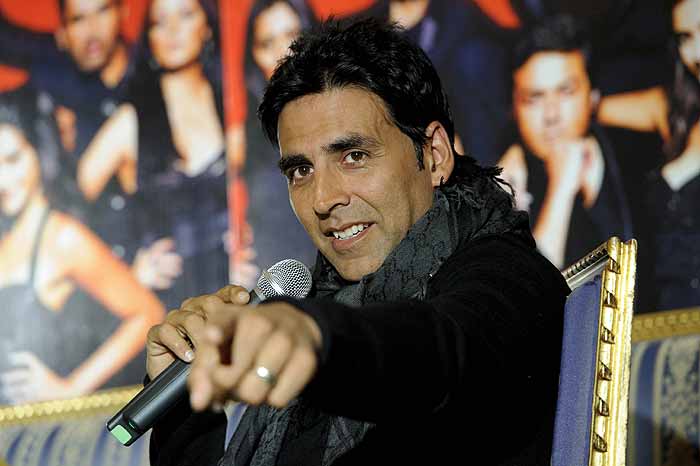 Print
A
A
A
increase text size
Outlook October 06, 2016 20:21 IST Watch: Think About Army, Not About Ban on Artistes, Says Akshay Kumar

Bollywood star Akshay Kumar today said he is stunned that some people are debating the ban on Pakistani artistes at a time when soldiers have been killed in a terror attack.

The 49-year-old "Rustom" star, whose father was an army officer, posted a video in which he also slammed questions being raised about Indian army's surgical strikes on terror launch pads in PoK.

"Something which has been on my mind since the past few days and I just had to say it. Not intending to offend anyone... So here goes," the actor wrote on social media accounts alongside the video.

Something which has been on my mind since the past few days and I just had to say it. Not intending to offend anyone...so here goes pic.twitter.com/ASaLwobWgu

"I am not speaking to you as a celebrity today. I am speaking to you as the son of an army man. For the past few days, I have been seeing and reading that people are arguing and some are asking for proof about surgical strikes, some are demanding ban on artistes, while some fear that there might be a war," Akshay said in the video.

"Arey sharam karo (have shame). These debates can happen later. First one must realise that people have already laid down their lives at the border. Nineteen jawans died during the attack and a 24-year-old jawan Nitin Yadav died in Baramulla," he said.

The actor termed the current demand for ban on Pakistani artistes as trivial saying the families who lost their loved ones at the border don't really care about these debates.

"Are their families, or the families of our thousands of jawans, worried whether a film will release or not? Whether an artiste will be banned? No. They are worried about their future.