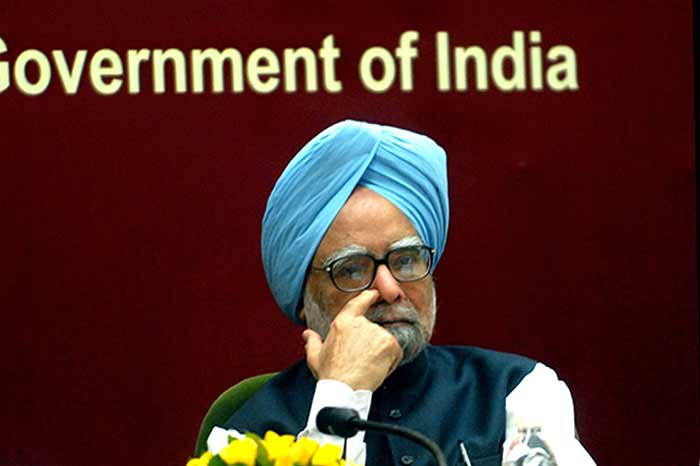 outlookindia.com
-0001-11-30T00:00:00+0553
Facing attack over P J Thomas' appointment as CVC, Prime Minister Manmohan Singh today said he was unaware of the corruption case against him and virtually blamed former MoS (Personnel) Prithviraj Chavan for the faisco, contending the key information was not provided.

Singh, while owning "accountability" for the controversial appointment, told the Rajya Sabha that he gave his approval as he believed vigilance clearance would have been obtained as Thomas had earlier served as Kerala Chief Secretary and Secretary in the Central government.

Responding to clarifications sought by Leader of the Opposition Arun Jaitley and Left members after his suo motu statement, Singh said, "Until I went to the meeting of the committee, I was not aware there was any such case of Palmolein and that would involve corruption."

Significantly, on February 2, home minister, Mr P. Chidambaram had issued an official statement saying, inter alia: "I reiterate that the Committee was aware of the palmolein case."

Responding to clarifications sought by Leader of the Opposition Arun Jaitley and Left members after his suo motu statement, Singh said, "Until I went to the meeting of the committee, I was not aware there was any such case of Palmolein and that would involve corruption."

He said he "became aware of this case only when the honourable Leader of the Opposition in the Lok Sabha (Sushma Swaraj) raised the issue in the meeting (of the three-member committee headed by him on September 3, 2010) itself."

Pointing out that the notes for such committees are prepared "under the guidance of Minister of State incharge of the DoPT", the Prime Minister said, "The honest answer is that the note which was prepared by the DoPT ... Did not contain this information about charge sheet."

Chavan, who is now Maharashtra Chief Minister, was the MoS incharge of DoPT at the time of Thomas' selection by the committee headed by the Prime Minister and comprising the Home Minister and Leader of the Opposition.

After his statement, Jaitley, Sitaram Yechury (CPI-M) and D Raja (CPI) made pointed queries, asking what were the "compulsions" to appoint Thomas and whether anybody will be held accountable for pushing his case.

Questioning why the other two candidates with "cleaner record" were overlooked, Jaitley wanted to know the reasons for government being bent upon choosing "Thomas and Thomas alone" despite Swaraj saying that the Committee should be given more time in view of the charge sheet against him.

Explaining why he still gave his approval to Thomas' name even when Swaraj raised objections, Singh said, "since the gentleman was appointed Chief Secretary, Government of Kerala and that he was appointed as Secretary to two departments of the government of India, I thought vigilance matters must have been looked into and therefore we went ahead with the selection process."

Singh, who made such a statement on the CVC fiasco in the Lok Sabha yesterday, reiterated that the selection was an "error of judgement" and he took full responsibility for it.

Left members were not satisfied with the reply and staged a walkout.

Jaitley said while Singh was "gracious enough" to accept responsibility and accountability, he wanted to know what he proposed to do in this regard.

Not only that, even Mr L.K. Advani, told Outlook recently that when he was Opposition leader, he had a meeting with Manmohan and then home minister Shivraj Patil who raised the issue of making Thomas CVC. Objections had been raised then too, and in fact Prithviraj Chavan (then minister in the PMO and now Maharashtra CM) had apparently tried to persuade Advani to rethink the matter.

So why was the PM even then not aware of the case and why indeed was this one name being insisted upon? Just whose man was Mr Thomas?