Was Framed Falsely, My Discharge Vindicates That Encounters Were Not Fake: Vanzara 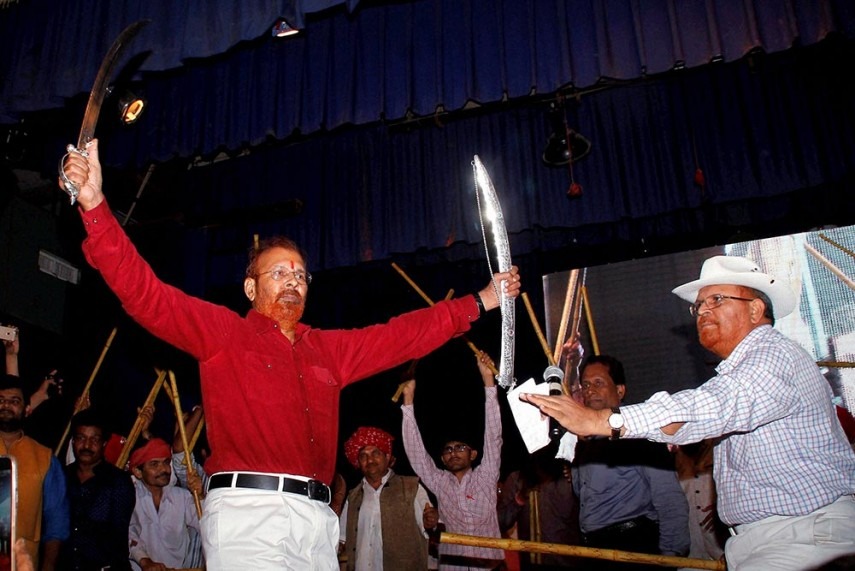 Print
A
A
A
increase text size
Outlook August 01, 2017 18:12 IST Was Framed Falsely, My Discharge Vindicates That Encounters Were Not Fake: Vanzara

Retired Gujarat IPS officer D G Vanzara, who was today discharged by a special court in the alleged fake encounters of Sohrabuddin Sheikh and Tulsiram Prajapati, said truth has finally prevailed and the verdict has vindicated his stand that these encounters were genuine.

Expressing gratitude towards the judiciary for discharging him, Vanzara also said that he would also get "justice" in the Ishrat Jahan alleged fake encounter case.

"I have been saying since the beginning that all these encounters were genuine. They were not fake. Now, when I am finally discharged by the court, it is now established that I was framed in false cases. This judgement vindicated my stand about encounters," Vanzara told PTI.

He, however, refused to put the blame on the erstwhile central government or on the Central Bureau of Investigation (CBI).

"Whatever happened in the past is now past. I do not want to say anything about it. I just want to say thanks to the judiciary, which had always been fair to me. Though justice is delayed, it is not denied," Vanzara, who spent nearly eight years behind the bars before being released on bail in 2015, said.

"It was indeed very painful to spend almost eight years behind bars. It was nothing short of torture. I lost eight golden years behind bars and also retired during my imprisonment. But, I have left everything behind now. Past is past. I take life positively," he said.

He also exuded confidence that those who were still facing the charges in this case would eventually get "justice".

"I have a very high regard for judiciary, as I was given relief by it in the past too. I am sure that I would get similar justice in Ishrat case. I am also confident that other officers would get justice eventually," he said.

However, Vanzara is still facing murder charges in the Ishrat Jahan alleged fake encounter case, as the trial is still pending.

Vanzara was arrested on April 24, 2007 by CID crime in connection with the 2005 Sohrabuddin Sheikh fake encounter case, which was then handed over to CBI.

Vanzara was heading the Gujarat ATS when the alleged fake encounter took place.

In September 2014, the Mumbai court had given bail to Vanzara in the Soharabuddin Sheikh encounter case. Later in 2015, he was also granted bail in Ishrat case, following which, he came out of jail.

Sheikh and his wife Kausar Bi were allegedly abducted by the Gujarat Anti-Terrorist Squad (ATS) from Hyderabad on their way to Sangli in Maharashtra.

Sheikh was killed in an alleged fake encounter near Gandhinagar in November 2005, after which his wife disappeared and was believed to have been done to death.

Prajapati, an aide of the gangster and an eyewitness to the encounter, was allegedly killed by police at Chapri village in Gujarat's Banaskantha district in December 2006. Vanzara was the Deputy IG of Border Range when the alleged encounter took place.

The Sohrabuddin killing case was transferred to Mumbai in September 2012 on the request of CBI for a fair trial.

In 2013, the Supreme Court had clubbed the alleged fake encounter case of Prajapati with that of Sheikh.