Was Advised to Retire After Beijing Olympics: Sushil 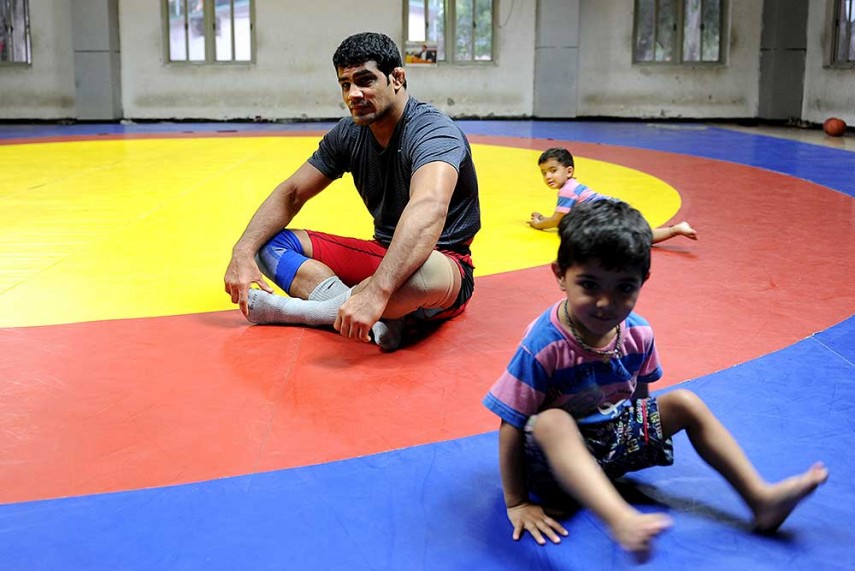 Print
A
A
A
increase text size
Outlook June 26, 2016 10:45 IST Was Advised to Retire After Beijing Olympics: Sushil

In a country where winning an Olympic medal is a rarity and bagging two in a row a distant dream, India's lone double-Olympic medallist Sushil Kumar has revealed that he was advised to "bow out on a high" after his bronze-medal feat at the 2008 Beijing Games.

In a book titled 'My Olympic Journey', Sushil recalled that despite suggestions of calling it quits after the Beijing Olympics, he chose to stay on as he felt "it was the start, not the end", and eventually managed to better the colour of his medal four years later at the London Games in 2012.

"I returned to India (after Beijing Games) and was told by my well-wishers to bow out on a high and retire. I was flabbergasted. After all these years, I had finally realized what it meant to be an Olympic medallist and what was needed to achieve that goal. It was only after winning the Olympic bronze that I grasped the finer points of wrestling, such as how to hold an opponent, various techniques and strategies for different fights. It was the start, not the end.

"I began to build up my game with even more rigour and passion, and the results soon followed," Sushil revealed in a book co-authored by journalists Digvijay Singh Deo and Amit Bose.

The 33-year-old legendary wrestler disclosed that initially he could not understand the magnitude of winning an Olympic medal when he had first bagged it at Beijing.

"I frankly did not understand the magnitude of what I had just achieved.

"...I wasn't aware till then that a 52-year jinx on Indian wrestling had been ended with my medal. I learnt that KD Jadhav had previously won a medal in Helsinki in 1952. I was happy being an Olympic medallist, but the true worth of the medal would be realized only when I came home.

"In Beijing, a lot of my fellow athletes, officials and coaches congratulated me, but I was used to seeing so many medallists walk around the Village that I did not truly comprehend the weight of my achievement."

Although Sushil lost out on a gold at London, he feels fortunate to have climbed the podium at the Olympics twice.

"I could not perform to my expectations in the final and was comprehensively beaten. I was disappointed at losing out on the gold, but I knew that on that day, it was the best I could do. As I stood on the Olympic podium again, I was satisfied.

"...The medal was a gift from the Gods, and that day, despite my body being weakened by frequent vomiting and loose motions, the Gods had once again smiled on me."

Sushil remembered how the American coaches and wrestlers chipped in along with his Indian colleagues to bring him back on his feet when he was struggling to cope up with an upset stomach and energy-sapping bouts leading up to the gold-medal round at the London Games.

"I had a chance at winning the gold but my body had all but given up on me. I had coaxed every last bit of energy from my dehydrated body that morning and every one of my bouts had gone the distance. There was a break for a few hours before the gold medal match against Japan's Tatsuhiro Yonemitsu. I could not recover. I was continuously running to the bathroom and was very weak. I knew I had to fight as this was the biggest fight of my life.

"The entire Indian team was egging me on, but there was also help from unexpected quarters. The Indian wrestling team would regularly visit America for competitions, and we used to have joint training with the American wrestlers. For some reason, the American coaches were very fond of me.

"...At London, the chief coach of the American team assisted me in my preparations for the final and gave me inputs on how to tackle the Japanese. His wrestler Jared Frayer had lost early, and all through that competition, he assisted me in preparing for my bouts. It is a gesture I can never forget," he recollected.

Sushil believes that the London Games, where the country bagged six medals, broke the cynicism that Indian athletes are satisfied with just participating in the Olympics.

"I was part of that generation that grew up with the dream of being an Olympian. Today, in the wrestling akhara, every aspiring wrestler wants to win an Olympic gold and will settle for nothing less. What delights me is that this mentality isn't limited to wrestling alone; almost every sport today is seeing this change."