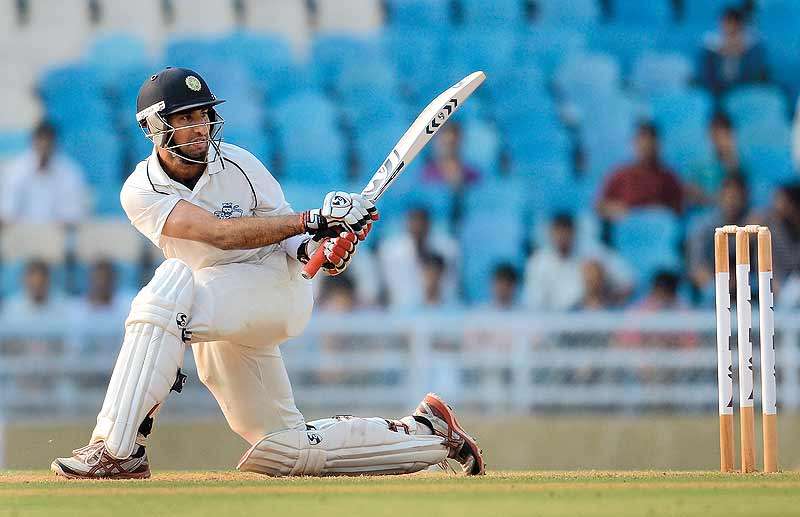 India batsman Cheteshwar Pujara feels the two warm-up games that the Mahendra Singh Dhoni-led team would play before the five-Test series against England would help the visitors adapt adequately to the conditions.

"We have some time, that is a good thing. We have two practice games before the Test matches, so it is a positive thing for us. We have enough time for preparation," he said here ahead of tomorrow's Indian Premier League Qualifier 2 between his team Kings XI Punjab and Chennai Super Kings.

The England tour commences on June 26 with a three-day game in Leicester. The visitors are set to play another warm- up game against Derbyshire (July 1-3) before the opening Test begins at Trent Bridge on July 9.

Pujara, who has played only two One-day Internationals (ODIs) and was yesterday included in the team for next month's three-match ODI series against Bangladesh, said the upcoming tour would provide good, competitive cricket.

"Hopefully, I will get a game this time. It is a good opportunity for all the young players who are part of this tour. Playing against Bangladesh in their home conditions won't be that easy. Bangladesh is a good team. We have a young side so it will be competitive."

India would take on Bangladesh in Mirpur on June 15, 17 and 19 and the selectors have rested several regulars from the team, including Dhoni. Suresh Raina will lead the side.

Referring to his Kings XI teammate Akshar Patel, drafted into the India squad for the Bangladesh series, Pujara said the left-arm spinner had done really well in IPL and hoped the T20 event would have prepared him well for the international grind.

"He has performed really well during the IPL. He has been one of the go-to bowlers for us. With the IPL experience I hope he will be able to do well even in ODI format. He is young and has got an opportunity. So let us see how it goes."

The 26-year-old Pujara has struggled to be among runs in the IPL (125 runs in 6 games), but said he is satisfied with his performance.

"I have been working in the nets on improving my game. The good thing about T20 is it will help me to play the ODI format and also train me for the big strokes," said Pujara, who is considered a Test specialist.

"Overall I am satisfied, but there is always scope for improvement, particularly in this format (T20) where I haven't played many matches. Hopefully with experience and more matches, I will become better."

During the initial IPL matches, Pujara played a few shots which were alien to him.

"T20 is such a format where you have to be innovative and you don't have enough time and you still want to score runs. You have to disturb bowlers' line and length.

"You have to move around the crease, you have to start playing the scoop shot and the reverse sweep, where the bowler thinks what line and length to bowl. It is really important to play those shots once in a while if not regularly."

On tomorrow's make or break game, Pujara said his side enjoys an advantage over the two-time champions, having defeated CSK twice in the league stage.

"I think because of the rain, we lost a bit of momentum (in Qualifier 1 against Kolkata Knight Riders), but the good thing is that we were in the top two (on league table) and have another opportunity to make the finals."

Teammate Glenn Maxwell hasn't performed well in the last few games after his blistering start to the competition but Pujara is hopeful the dashing batsman would click against CSK.

"Our team has won games even when Maxwell hasn't performed. But he has been the key player for us. Anybody can get a failure in T20 format in a couple of games. He is the kind of player who, if he gets going, can win the match single-handedly. Hopefully, he will come good tomorrow," said Pujara.