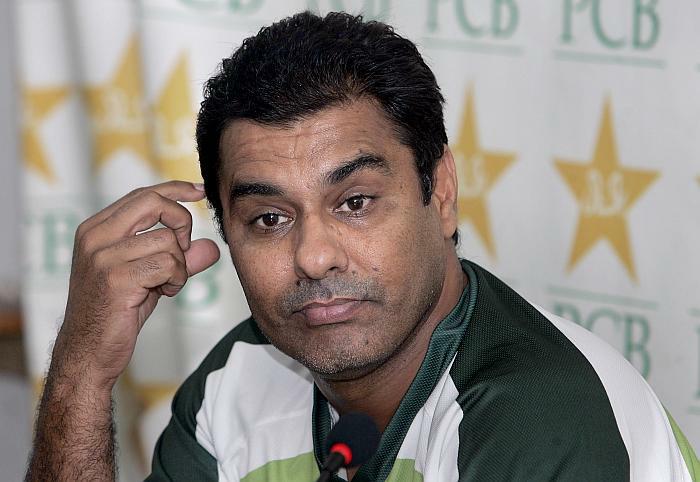 Underfire Waqar Younis today resigned as Pakistan's head coach with "a heavy heart", saying the Pakistan Cricket Board (PCB) did not pay any heed to his recommendations and as a result the team was not "moving forward".

Shahid Afridi had yesterday quit T20 team's captaincy due to their poor performance at the World Twenty20, where they managed just one win at the Group stage.

They lost to top teams including arch-rivals India, New Zealand and Australia while managed just one win against Bangladesh.

"I am resigning from my post today with a heavy heart. I have done it because of the failure of the cricket board to take my recommendations seriously after the 2015 World Cup," Waqar told reporters.

Incidentally, a day earlier, Waqar had said that he does not want to go as a "villain".

Waqar said he had decided to resign although three months of his contract remained.

"I have done it very disappointed because the team has not moved forward since the last World Cup," he lamented.

Waqar has been engaged in a war of words since the team returned from India. The former fast bowler blasted the cricket authorities for the leaking his confidential report, submitted to the PCB Chairman on the team’s performance.

"The leak of a confidential report after the World T20 also influenced my decision. Ultimately, I want the betterment of Pakistan cricket and it is only right to walk away. I will, however, be available to help Pakistan in anyway," he added.

The 44-year-old wants his recommendations to be implemented by the Pakistan Cricket Board.

"I want my recommendations to be implemented. They were not acted on when I first made them in 2015."

Waqar had been appointed coach for a second stint in 2014 by the PCB after he had earlier worked in 2010-2011 before walking away in Sept 2011 due to personal reasons.

Although Waqar enjoyed considerable success in Test cricket and took the team to the second position last year but the team's performance in ODIs and T20 cricket was dismal.

The PCB is said to be considering several candidates to replace Waqar but an insider in the PCB said a proper process would now be followed to appoint the new coach since Pakistan's next international assignment was in July when they tour England.

"There is no hurry this time and we will take time before reaching a decision. The post will be advertised and foreign and local applicants will be invited to apply for the post," an official said.