outlookindia.com
-0001-11-30T00:00:00+0553
Vishal Bhardwaj's movies have the common theme of violence and suspense, and the director says he is obsessed with these two genres and wants to make films like Alfred Hitchcock.

His work includes movies such as Omkara, Kaminey, Ishqiya and 7 Khoon Maaf, and though Vishal is inclined towards thrillers, he does not want to get stuck in any genre.

"I don't want to get stuck in one genre. I want to explore, I want to make Hitchcock kind of films. I love violence and also I want to explore making horror movies. As a kid I played a lot with guns so I am fascinated with violence, I just enjoy that," Bhardwaj told PTI at the ongoing International Film Festival of India here.

The 47-year-old's movies are always set against a rural backdrop and are highly inspired by folk music. Bhardwaj says it is due to his upbringing in the small city of Meerut that he is so rooted and fascinated by villages and folk music.

"I love Indian folk music and villages, people from there are more interesting than the urban city people so I really like to have those characters in my films. I grew up in a small town of Meerut and so mostly my movies reflect experiences of my childhood. While making movies I go back to my past and draw experiences from that," he said.

The director says it is a "mad film" and he hopes the audience will enjoy it.

"It is a mad mad movie, it is a bizarre story and I just hope people will like it. My actors have worked hard for it, especially Imran because he had to get that Haryanvi accent right and the bearded look had to look appropriate. So her has worked hard more than anyone else."

Besides being a filmmaker Bhardwaj is also a music composer and has scored music for films like Maachis, Satya, Chachi 420 and Nishabd. He now however composes music only for his own films. Bhardwaj says he plans to quit filmmaking one day and go back to making songs.

7 Khoon Maaf did not do well at the box office though it was critically acclaimed and Vishal says over the years he has realized his movies don't make enough money but are appreciated by the audience.

"My films never make money. I realize they are liked by the audience but they never do well financially. So I have stopped worrying about the money part. Also I have realized, to do business you have to have a star in you movie even if you hate that star. That is how it works." 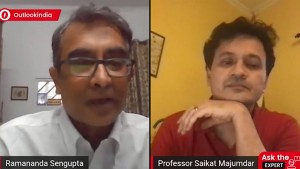