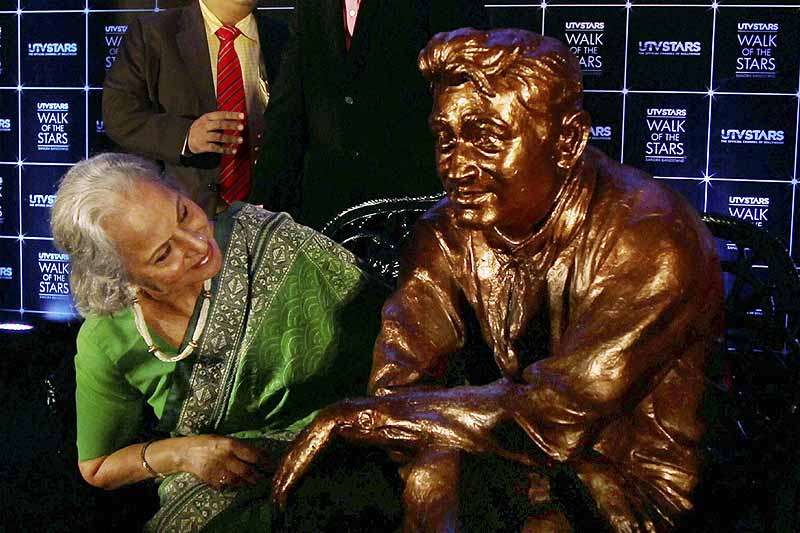 Veteran actress Waheeda Rehman says she is not keen on working in movies anymore and wants to bid farewell to the film industry.

How long to do (act) there are others also (they should do it). I don't know who (which filmmaker) wants to work with me.

I have played mother, grandmother, now what else to do," Rehman said at an event here last night.

She would next be seen in Vishwaroopam 2, a spy thriller, written and directed by Kamal Haasan. The film is simultaneously being made in Tamil and Hindi. It is the sequel to Vishwaroopam(2013) which had Haasan in the lead.

"It is a guest role, actually not even a guest role... just come and go. I have shot for it already. It was nice working with Kamal Haasan. He is very good, very intelligent and a very talented person. It is in Hindi and Tamil, I have spoken in Tamil also," Rehman said.

When asked what keeps her busy apart from acting, the actress says she travels a lot, reads, meets her friends and cooks occasionally.

Waheeda has been part of cinema since 1950s and continues to work even today, but in selected films. She was last seen in Rakeysh Omprakash Mehra's Delhi 6.

"There are lots of changes in film industry today like there are much braver, bolder and different subjects being made. Technically things have improved a lot which is a good thing...It is a healthy change," Rehman said.

Waheeda Rehman said that she was clear on two things when she started her film career - one that she will not wear a bikini and other that she would not change her name as was the phenomenon at that point of a time.

Though some actresses of her times featured in films wearing a bikini, feels she did not have the figure to carry it well.

"I remember when I was working with Guru Dutt I had incorporated a clause in the contract that I would have the final say on the costumes and won't wear costumes that I don't like. He (Guru Dutt) wanted me to watch his films which I did, but I was adamant about having the clause," Rehman said.

"I didn't want to wear a bikini as I feel I don't have the figure. In fact I have never worn a sleeveless blouse also be it in films or in my personal life," she said.

When asked about today's actresses, who wear bikini on screen, Rehman says that times have changed and that those who have figure can afford to wear it.

Rehman was also sure she won't change her name as was the case that time with actors like Dilip Kumar, Madhubala and others.

"People told me my name was long and lengthy and had asked me to change it. That time change of name was a fashion then as actors like Dilip Kumar, Madhubala, Meena Kumari had changed their names. I was adamant that I will not change my name as it was given by my parents," she added.

Of all the roles that she portrayed on screen the character of Rosie from the film Guide was something that Rehman liked a lot.

"I think I was destined to play Rosie as Vijay Anand and Satyajit Ray both were contemplating to make a film like this. But it was Vijay who made it. I got the chance to dance as no one thought I could do it. The role was different as most of them were not ready to play the role of a married woman, who lives with another man as she is abandoned by her husband," Rehman said.

"I wanted to play a different kind of roles. I am glad this part came to me. It was challenging and I loved doing this film," she said.