A military search plane in Vietnam carrying nine people lost contact today while it was looking for a missing pilot whose jet fighter went down off the coast this week, state media reported.

The aircraft disappeared from the radar 40 nautical miles southwest of Bach Long Vy island, a small island in the Gulf of Tonkin that sits halfway between mainland Vietnam and China's Hainan island, state-run VNExpress reported.

"There were nine people on board including the main pilot," the news site reported.

The ministry of defence said all of the passengers were military staff, according to state-run VTV.

The aircraft was part of a mass mobilisation of planes and ships searching for a jet fighter that crashed during a training mission off the coast of northern Nghe An province Tuesday.

One of two pilots on the Russian-made SU-30MK was rescued by a fishing boat the following day.

But authorities have yet to find the other pilot or any wreckage of the jet.

"There was an explosion in the cockpit. I had to make a parachute jump," the rescued pilot, Nguyen Huu Cuong, told state media after he was brought to shore.

Vietnam's civilian aviation sector has a decent safety record, but there have been several accidents in recent years involving military aircraft.

Four people were killed last year when a military helicopter crashed shortly after it took off from southern Ho Chi Minh City.

In July 2014, 19 people were killed and two others were injured when a Russian-made Mi-171 chopper crashed in the capital Hanoi during a training exercise.

The communist country has been keen to renew its almost exclusively Russian-made military hardware amid rising tensions with Beijing over disputed territory in the South China Sea.

The country will now have access to US-made weaponry after Barack Obama lifted a Cold War-era ban on arms sales during a visit to Vietnam last month.

The move was cheered by Hanoi's leadership and seen as a boost for the country as it tries to bolster its defences against its giant northern neighbour. 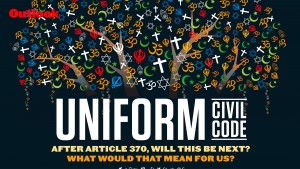