"You know, you're in such good shape," Trump said. 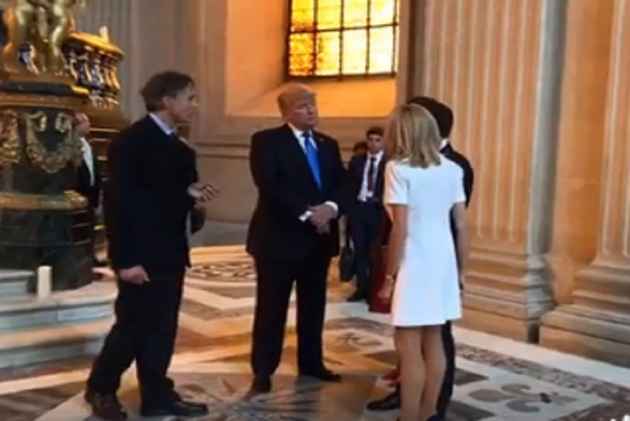 Screengrab of the video

Video footage posted on the French government's official Facebook page showed Trump, French President Emmanuel Macron and their wives chatting after their tour of the museums at Les Invalides.

"You know, you're in such good shape," Trump said, before repeating the observation to her husband.

Brigitte Macron was her husband's former high school teacher and their relationship has drawn international attention because of their significant age difference.

But feminists and President Macron have denounced that attention as sexist, arguing that nobody would blink an eye if he were the older spouse.

The Macrons' age difference is identical to that of Donald and Melania Trump, who were spending two days in Paris in celebration of Bastille Day.

Trump has drawn criticism in the past for comments some say objectify and demean women, including the infamous "Access Hollywood" tape in which he bragged about sexually assaulting women and boasted, "When you're a star, they let you do it.