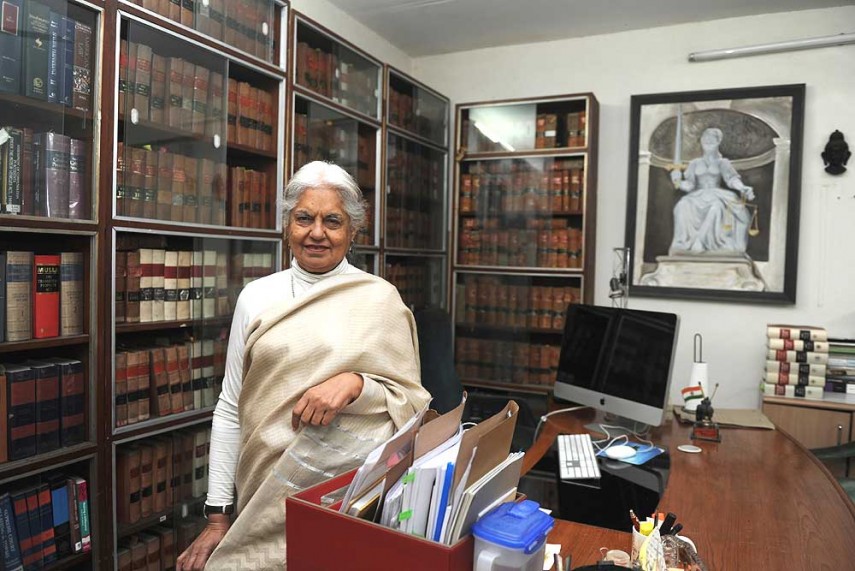 Eminent lawyer Indira Jaising today termed the suspension of licence of her NGO as a "blatant attempt to victimise" the organisation and an "act of vindictiveness" on the part of the NDA government.

The response came after the Home Ministry barred the NGO--Lawyers' Collective-- from receiving funds from abroad and suspended its licence for six months for alleged violation of Foreign Contribution Regulation Act (FCRA).

"The Lawyers' Collective condemns the blatant attempt of the government of India to victimise the organisation and its office bearers Indira Jaising and Anand Grover. This is noting but a gross misuse of the FCRA Act which is being used to suppress any form of dissent.

"It is far too well know that both Anand Grover and Indira Jaising have represented several persons in their professional capacity as lawyers in several cases against the government and the functionaries including the President of the BJP party, Amit Shah protesting his discharge in the Sohrabuddin murder case," the NGO said in a statement.

The Home Ministry's order/show cause notice is a mala fide act and an act of vindictiveness on the part of the government, it said.

"This is being done because of the cases that Lawyers Collective ('LC') and its trustees, Indira Jaising and Anand Grover, are involved in, including but are not limited to Sanjiv Bhatt, Yakub Memon and Priya Pillai," the statement said.

The association accused the government of leaking the notice suspending the NGO's licence to media.

"The aim is to destroy the credibility of LC by leaking it to the media, before even serving it on LC. LC till today has not received the order purportedly issued on May, 31 2016, though it is available to the press," it said.

The Lawyers' Collective intends to challenge the order as unconstitutional and required to be set aside, the statement said.

"At the outset, LC states that all the foreign contribution received were spent for the purposes received and accounted for," it said.

The Home Ministry, while suspending the licence, asked the NGO to submit its reply within 30 days.