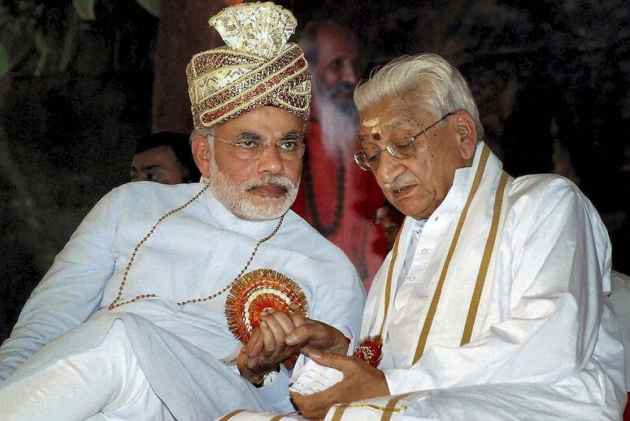 The final resting place of Vishwa Hindu Parishad leader Ashok Singhal, known as one of the architects of the movement that led to the demolition of the Babri Masjid, will soon be turned into a tourist hub.

Singhal, who was chargesheeted in the 1992 Babri Masjid demolition case by the CBI, died in 2015.

After his death his ashes were preserved in a monastery in Himachal Pradesh for around six months. In June last year, the ashes were immersed in Tandi Sangam, the intersection of the rivers Chandra and Bhaga in the Lahaul region of Himachal, as the VHP leader had wished.

Tandi Sangam is the focus of the Tourism Ministry which plans to give a facelift to the area through the Chandrabhaga Development Board.

It will also be included in the Himalayan Circuit, one of the 13 circuits planned by the ministry as part of its plans to promote tourism in India.

"It is a beautiful place, but inaccessible for six months because of extreme conditions. With the Rohtang tunnel to be completed soon, we are planning to make it a tourist attraction. Also, Singhalji's ashes were immersed there, so it gains special significance for us," Tourism Minister Mahesh Sharma, who visited the area earlier this week, told PTI.

Sharma also said the place gained significance because the Chandrabhaga River is considered the purest after the Ganga for immersions.

"The river is also mentioned in multiple Hindu scriptures. The plan is to promote the place as a spiritual and religious destination," Sharma said.

Sources in the ministry said the plan was to develop the ghats at the intersection or 'sangam' on the lines of those by the Ganga in Varanasi and Haridwar.

Some hotels will also be huilt in the area, they said.