Veto Will Not Preclude Us From Acting, Says US Amid Chinese Opposition to Ban JeM Chief Masood Azhar 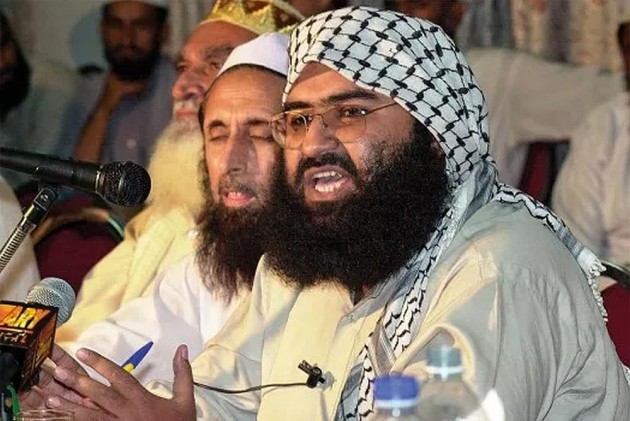 Print
A
A
A
increase text size
Outlook April 04, 2017 14:28 IST Veto Will Not Preclude Us From Acting, Says US Amid Chinese Opposition to Ban JeM Chief Masood Azhar

The US said today that countries using veto to scuttle sanctioning of terrorists will not "preclude" it from taking actions, amid continued Chinese opposition to efforts to get Pakistan-based JeM chief Masood Azhar banned by the UN.

"The administration very much is looking at all of these avenues and some of the things we have talked about is sanctions and who is on the list and how we have managed that," US' envoy to the UN Nikki Haley told reporters here.

"And that is part of what we are going to try and find our place with is that we do want to make sure that we are calling out those that we need to call out," she said.

Haley made the remarks while addressing a press conference after assuming role of President of the Security Council for the month of April.

She was asked about efforts to get terrorists, particularly those in the South Asian region, sanctioned under UNSC's sanctions list and how another permanent member scuttles these efforts by using its veto power, a veiled reference to China blocking moves to ban Jaish-e-Mohammed chief Azhar.

"Are we going to have people that veto certain issues? Yes. But that doesn't preclude the US from acting and it certainly does not preclude us from trying to see if we can change that as well," Haley said.

"Our goal is to get more done together than we do separately. If we cannot get it done separately then we just move in another direction to still get the same things done," she said.

The US wants to make sure that it is leading towards a "result" and "not sitting back" and allowing things to happen.

Haley noted that a lot has happened in the last two months of her assuming the UN ambassador's role under the Trump administration and a lot will continue to happen "but it is all about how we can make sure we are moving the ball".

Haley also brought up her Indian heritage when she asked about her qualities of being able to speak freely and openly and whether she was offered the role of Secretary of State by Donald Trump.

"Every position that I have ever had, people have assumed that I'm looking towards something bigger when in reality I'm the daughter of Indian parents who said to me 'whatever you do be great at it and make sure people remember you for it'. That is all I am trying to do," Haley said.