Valleys Will Be Under Control Soon: Rajnath Singh 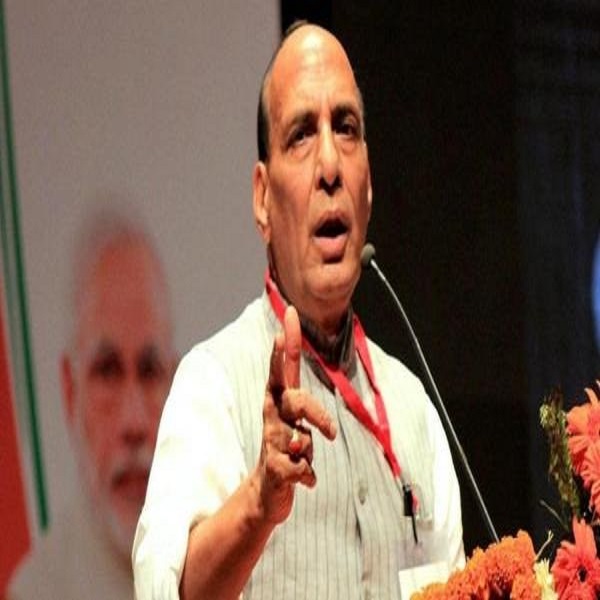 Print
A
A
A
increase text size
Outlook June 03, 2017 18:29 IST Valleys Will Be Under Control Soon: Rajnath Singh

Amid the ongoing turmoil in the Kashmir Valley and terror funding to Pakistan, Union Home Minister Rajnath Singh on Saturday asserted that the situation in Kashmir has seen a lot of improvement and assured that the government will get it under control.

"I assure that we will bring an end to Pakistan sponsored terrorism in Jammu and Kashmir and establish peace and tranquility in the state. The situation in Kashmir has seen a lot of improvement and we can assure that the government will get the situation under control. Despite having a large Muslim population, ISIS has been unable to establish a hold in India," Singh said when addressing the media in New Delhi.

Lauding the Centre's governance in the current National Democratic Alliance (NDA) ruling, Rajnath stated that the unemployment situation in Kashmir has improved a lot in the coming years.

"The security situation in Jammu and Kashmir has improved. 368 militants have been killed between 2014-2017. In the period between 2011-2013, 239 militants had been neutralised and we assure to solve the Kashmir problem by taking the people in confidence. Under the 'Udaan scheme' in Kashmir, 1912 youth had been trained and 1,519 employed from 2011-14. Our government gave training to 20, 324 youths and employed 13, 117 till date. Also Rs. 2, 000 crore packages was granted by the Central government to refugees from Pakistan occupied Kashmir," Singh said.

"The number of deaths due to violence had reduced in the past three years of the Modi government. Only two incidents of blasts have been reported in past three years at Gurdaspur and Pathankot. There has been 25 percent decline in number of incidents and 40 percent decline in deaths in violence cases. Also the infiltration from Pakistan had gone down by 45 percent in last six months following the surgical strikes as compared to corresponding period previous year," Singh said.

The Union Minister added that he wants a permanent solution to the Kashmir problem and will do that by taking Kashmiri people into confidence.

"This problem is since 1947. It can't be resolved overnight (chutki mein). It will require time, but we will come out with a permanent solution. We are moving ahead in that direction and this government wants to arrive at a solution through talks. Whoever wants to talk to us, we are completely ready for it. We are ready for talks with the youth of Kashmir but there are certain forces that are misguiding them at Pakistan's behest. We will take the Kashmiris into confidence before reaching a permanent solution," Singh added. (ANI)