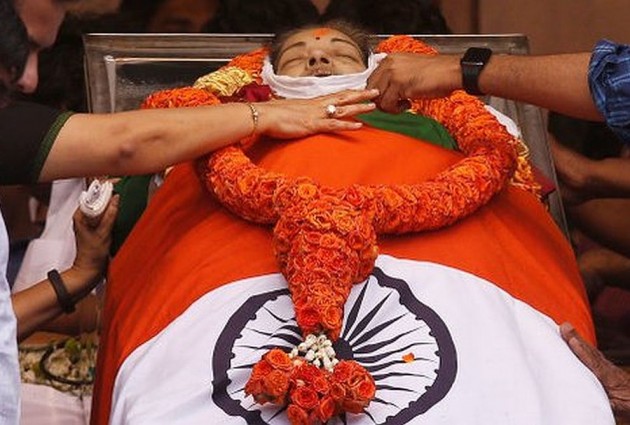 US lawmakers and eminent Indian- Americans paid glowing tributes to late Tamil Nadu chief minister J Jayalalithaa at a memorial service held at the US Capitol Hill here, describing her a mass leader who inspired people across the globe.

Jayalalithaa was a leader who inspired people across the globe by her innovative welfare programs and women empowerment initiatives, said Congressman Danny K Davis during the memorial service held here last week.

Davis highlighted Jayalalithaa's charismatic connection with the masses that endeared her to all.

Indian-American Congressman Raja Krishnamoorthi praised the dynamic leadership of Jayalalithaa and her life that embodied her relentless fight for the poor.

Jayalalithaa died on December 5 after suffereing from a cardiac arrest.