US Seeks No Regime Change In NKorea; Focused On Stopping Nukes 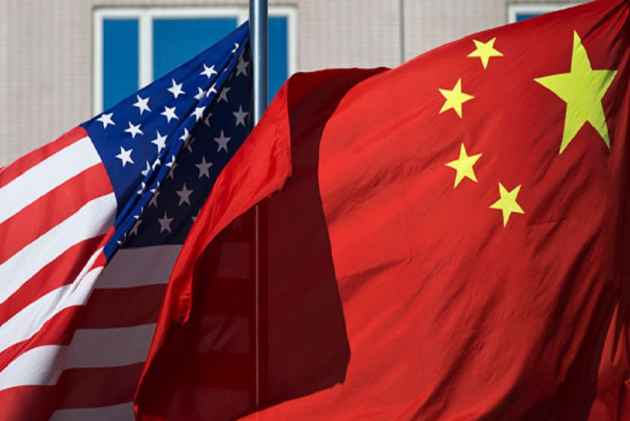 Print
A
A
A
increase text size
Outlook August 02, 2017 14:20 IST US Seeks No Regime Change In NKorea; Focused On Stopping Nukes

The US does not seek a regime change in North Korea and is weighing "all options", including working with China, to prevent the reclusive country from developing nuclear weapons, said top American officials.

Last week, North Korean leader Kim Jong-un bragged that his country could strike any target in the US after it carried out its latest intercontinental ballistic missile test.

US President Donald Trump has been very outspoken about the need to stop North Korea from developing the nuclear programme.

He recently said China's efforts to rein in North Korea had "not worked" out even as he appreciated Beijing for its attempts to pursue its closest ally to abandon its nuclear ambitions.

"We're weighing all options, keeping all options on the table. As we've said many times before, we're not going to broadcast what we're going to do until that happens," White House Press Secretary Sarah Sanders told reporters yesterday.

"We've been very focused on stopping the nuclear programme, stopping the missiles, stopping the aggression. That still continues to be the focus, and we're keeping all options on the table in order to do that," Sanders said.

Sanders was responding to Senator Lindsay Graham's remarks that there is a military option to destroy North Korea's programme as well as the country.

"The goals are to stop the nuclear programme, stop the missiles, stop the aggression. With North Korea, we're going to continue looking at the best options and ways to accomplish that," she said.

US Secretary of State Rex Tillerson said yesterday that the US did not seek a regime change in North Korea and wanted to work with China to prevent the country from developing nuclear weapons.

He said the US was ready to hold a dialogue with North Korea if the Communist nation gives up its pursuit of nuclear weapons.

"We are trying to convey to the North Koreans we are not your enemy, we are not your threat, but you are presenting an unacceptable threat to us, and we have to respond," he said.

Tillerson said he hoped that at some point the North Koreans will begin to understand that the US would like to sit and have a dialogue with them about their future that will give them the security they seek and the future economic prosperity for North Korea.

"This is going to be a continued effort to put ever greater pressure on the North Korean regime because our other options, obviously, are not particularly attractive," he said.

Identifying North Korea as one of the first threats encountered by the Trump administration, Tillerson said the threat has materialised in the ways they expected it would.

"That's why early on we identified it as a very urgent matter, and the North Koreans have certainly proven the urgency of that to us," he said.

Tillerson said the US initiated a sustained and continued intensified campaign on "peaceful pressure" as the country's available options were "limited".

He said the US felt the first appropriate thing to do was to seek peaceful pressure on the regime in North Korea to have them develop a willingness to sit and talk with America and others but with an understanding that a condition of those talks is there is no future where North Korea holds nuclear weapons or the ability to deliver those nuclear weapons to anyone in the region much less to the homeland.

In doing so, the Trump Administration has sought to partner with China, he added.

China accounts for 90 per cent of economic activity with North Korea, Tillerson said, adding that the Chinese have been very clear with the US that they share the same objective of a denuclearised Korean Peninsula.

"They do not see it in their interest for North Korea to have nuclear weapons, just as we do not see it in anyone's interest. China has ways that they can put pressure on and influence the North Korean regime because of this significant economic relationship that no one else has," he said.

He said we the US continue to call upon China to use the influence with North Korea to create the conditions where America can have a productive dialogue.

Tillerson said the US did not think of having a dialogue where the North Koreans come to the table assuming they are going to maintain their nuclear weapons is productive.