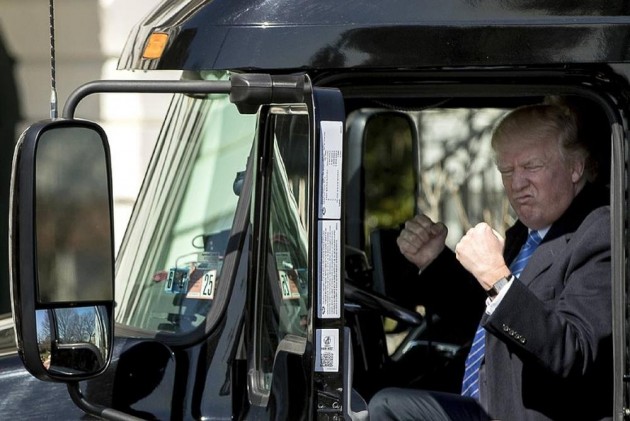 The order did not mention new administration's stance on the 2015 Paris climate deal, but experts believe that it has implications for the agreement.

During the campaign, Trump had vowed to pull the US out of the Paris climate deal.

The US is the world's second-largest greenhouse gas emitter after China. Among the initiatives now rescinded is the Clean Power Plan, which required states to slash carbon emissions to meet US commitments under the Paris accord.

Without the previous rules in place, the US is set to fall far short of its 2015 Paris agreement pledge to lower emissions by at least 26 per cent below 2005 levels by 2025, The New York Times said.

The opposition Democratic party and environmental groups, however, slammed Trump for his latest move.

"We risk throwing away decades of hard work growing the clean energy economy and connecting our nation's workers to the jobs of the future with this partisan and misguided action," said Indian-American Congressman Ami Bera, who is a Ranking Member of the Space Subcommittee of the House Committee on Science, Space and Technology. "Putting America first means continuing our role as a global leader in reducing carbon emissions. Our work over the last decade to reduce carbon emissions put America first - and this irresponsible executive order throws into uncertainty how we prepare for and tackle the very real consequences of climate change," Bera said.

Christiana Figueres, former executive secretary of the UN Framework Convention on Climate Change, said Trump's action risked putting the US on the back foot.

"I don't know anyone who wants to breathe dirty air, who wants to worry about their water source, or who wants to leave a dangerous world to their children," she said.

"And because we are all united by these common desires, I am optimistic that Paris will endure, with world leadership remaining resilient in its commitments to Paris."

"The administration's spiteful assault on the Clean Power Plan will not bring back jobs to coal country, it will only poison our air and undermine America's ability to win the good-paying jobs of the future," Democratic leader Nancy Pelosi said.

The governors of California and New York said that they will push ahead with their aggressive climate change policies despite Trump's executive order.

"With or without Washington, we will work with our partners throughout the world to aggressively fight climate change and protect our future," Jerry Brown of California and Andrew Cuomo of New York said.

The Environmental Defence Fund, which has championed free-market solutions to challenges posed by climate change, said the Trump order points the nation "backward to an era of more pollution and more disease".

The executive order on climate change is the second controversial order that Trump has signed after taking over as the president.

Earlier he had singed an executive order to bar citizens of seven Muslim-majority nations from entering the US. He had to issued a revised order after a US judge blocked the previous executive decision.