US Open: Paes, Bopanna Crash Out of Men's Doubles, Sania Wins in Mixed 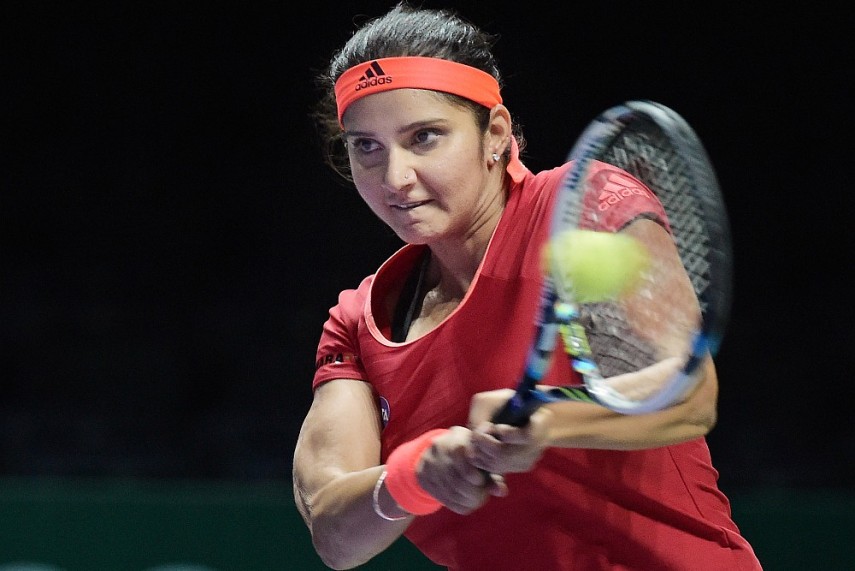 Print
A
A
A
increase text size
Outlook September 03, 2016 13:02 IST US Open: Paes, Bopanna Crash Out of Men's Doubles, Sania Wins in Mixed

India's top doubles players Leander Paes and Rohan Bopanna were dumped from the US Open men's doubles competition even as Sania Mirza progressed in the mixed doubles event with her Croatian partner Ivan Dodig.

Paes and his German partner Andre Begemann lost a close first round encounter against French-Israeli pair of Stephane Robert and Dudi Sela in just under two hours by 6-2 5-7 4-6 margin.

Bopanna, who is partnering Frederik Nielsen of Denmark were blown away by American Brian Baker and Kiwi Marcus Daniell 2-6 6-7 (5-7).

However there was some cheer for the Indian fans as Sania and Dodig, who have won the US Open mixed doubles title in 2014 made a fluent start to their campaign with a 6-4 6-4 straight set win over US pair of Donald Young and Taylor Townsend in just 62 minutes.

Bopanna also played his mixed doubles first round match later in the evening alongside Canadian Gabriela Dabrowski beating US pair of Noah Rubin and Jamie Loeb 7-5 6-4 in only 67 minutes.

Bopanna, who hasn't had a great run in the Grand Slams of late as the Indo-Danish pair were broken twice before they conceded the first set 6-2.

It was turning out to be a cakewalk for the Kiwi-US pair as they were ready to serve for the match at 5-3 before Bopanna-Nielsen broke back to make it 5-5 raising visions of a fightback.

With the help of a mini-break, the Indo-Danish pair werw up 3-0 in the tie-breaker only to commit lot of unforced errors before losing the match. The duration was 74 minutes.

Paes and Begemann started their encounter in a resounding manner with two service breaks in the first and fifth game, grabbing the first set at 6-2.

Enjoying a service break in the second set as well, the Indo-German pair looked like serving out at 5-4 before Sela and Roberts got a break back in the 10th game while getting another break in the 12th game to win the set 7-5.