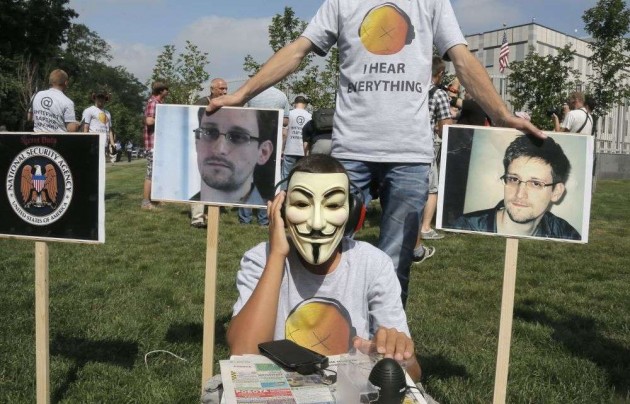 The US government has halted its controversial program to collect vast troves of information from Americans' phone calls, a move prompted by the revelations of former intelligence analyst Edward Snowden.

Privacy advocates and some tech firms are welcoming the end of the bulk gathering of so-called "metadata," but some security hawks fear law enforcement will be hampered in their efforts to thwart terror attacks.

As of yesterday, the National Security Agency (NSA) stopped the program whose existence its former analyst Snowden revealed in 2013.

US lawmakers earlier this year passed legislation known as the USA Freedom Act to stop the program and roll back some powers the NSA had gained under the Patriot Act in the wake of the September 11, 2001 attacks.

The new law halts the NSA's ability to scoop up and store metadata -- telephone numbers, dates and times of calls, but not the content -- from millions of Americans who have no connection to terrorism.

It shifts responsibility for storing the data to telephone companies, allowing authorities to access it only with a warrant from a secret counterterror court that identifies a specific person or group of people suspected of terror ties.

Critics have attacked the move, saying it makes Americans more vulnerable to attacks such as those in Paris earlier this month that left 130 people dead.

"President Obama and his allies in Congress are unilaterally disarming the US in the fight against terrorism and take away a valuable early warning tool from people whose sole duty is to keep us safe."

Republican Senator Richard Burr of North Carolina told Fox News today that "the United States made a real mistake when they eliminated this program" and claimed similar schemes in France and Belgium had helped investigators there halt additional attacks.

Stewart Baker, a former assistant secretary of homeland security who now practices law in Washington, said it will become harder for investigators to draw a suspect's "social graph," meaning a chart of everyone the person has contacted, and who they in turn have spoken to.