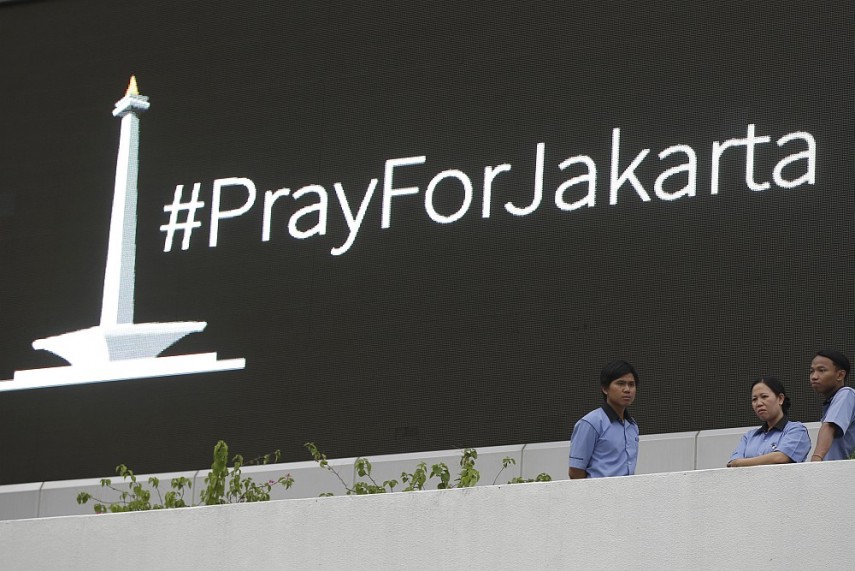 The US has designated an Indonesian radical network behind an attack in Jakarta as a terrorist group and announced sanctions on four militants in an effort to disrupt Islamic State group operations and recruitment in Australia and Southeast Asia.

The announcements by the Department of State and Treasury Department come after police in Australia and Indonesia foiled IS-inspired attacks planned for the holiday season in those countries.

The State Department said Tuesday it has designated the IS-affiliated Jamaah Ansharut Daulah as a terrorist group, which in practice prohibits U.S. Citizens being involved with it and enables the freezing of any property in the US.

JAD militants are believed responsible for a January 2016 attack in the Indonesian capital that killed eight people including the attackers.

Treasury announced sanctions against two Australians, both previously believed killed in the Middle East, and two Indonesians, one of whom is in prison in Indonesia.

The statements did not say whether the four had any assets within US jurisdiction. However, the steps show continued US commitment to anti-terror efforts in Australia and Indonesia.

The US and Australia were instrumental in upgrading Indonesia's counter-terrorism capabilities following the 2002 bombings on the tourist island of Bali that killed 202 people, mostly foreigners.

The sanctioned Australians are Neil Christopher Prakash, also known as Khaled Al-Cambodi, who was the senior Australian recruiter for IS, and Khaled Sharrouf, an IS fighter in Syria and Iraq since 2014 who carried out executions for IS.

The Indonesians are Bahrum Syah, who sent funds to militants in Indonesia from Syria, and his mentor Aman Abdurrahman, who from prison has recruited militants to the IS cause, authorized attacks and was IS's main translator in Indonesia.