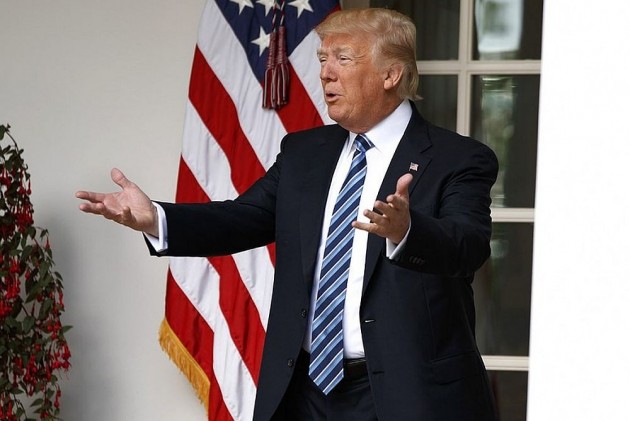 Print
A
A
A
increase text size
Outlook May 05, 2017 09:09 IST US House Passes Obamacare Replacement Bill

The US House of Representatives today passed a legislation to repeal and replace Obamacare, handing down a major victory to President Donald Trump who has been a strong critic of his predecessor's signature healthcare bill.

The American Health Care Act was approved mostly along partisan lines, 217-213, with just one vote to spare. No Democrats backed the bill, and a slew of Republicans opposed it as well.

The bill still has to be passed by the Senate before it heads to the White House for Trump to sign it into law.

The American Health Care Act repeals the core elements of Obamacare, including its subsidies to help people get coverage, expansion of Medicaid, taxes and mandates for people to get coverage.

Obamacare was signed into law by former US president Barack Obama on March 23, 2010.

The revised Republican plan would permit states to apply for waivers that allow them to opt out of a handful of crucial mandates in the Affordable Care Act.

"Obamacare is falling apart and has saddled the American people with rising costs, less choice, and skyrocketing premiums," she said.

Meanwhile, Democratic Senator Kirsten Gillibrand said that Trump's healthcare bill that passed today on a party-line vote "is atrocious and must be defeated" in the Senate.

"Health care should not be about politics – it is about people – and this bill would harm people. The only beneficiaries of this bill are big insurance companies and the wealthiest among us, with the price tag being paid by everyone else through higher premiums, less coverage, and millions of vulnerable Americans losing their insurance," she said.

Republicans, who have been promising to repeal and replace Obamacare for seven years have struggled to coalesce around a specific legislative proposal.

Since the first attempt at healthcare reform failed to win enough support from House Republicans in March, lawmakers revised the measure to remove protections for people with pre-existing conditions, a change that brought on board conservatives who were initially opposed.

The initial version of the American Health Care Act was previously rejected by the hardliners in the House Freedom Caucus, who had denounced it as "Obamacare-lite".

But enough of them came back when USD 8 billion was added to help states fund coverage for those people. The moderates, however, are reluctant to line up behind a bill that would undermine protections for Americans who are sick, one of the Affordable Care Act's most popular provisions.

The bill will now go to the Senate, where Republicans are already split over the measure and Democrats are unified in opposition.

Republicans hold a narrow 52-seat majority in the chamber, and they will consider the bill under special budget rules that prevent a filibuster.