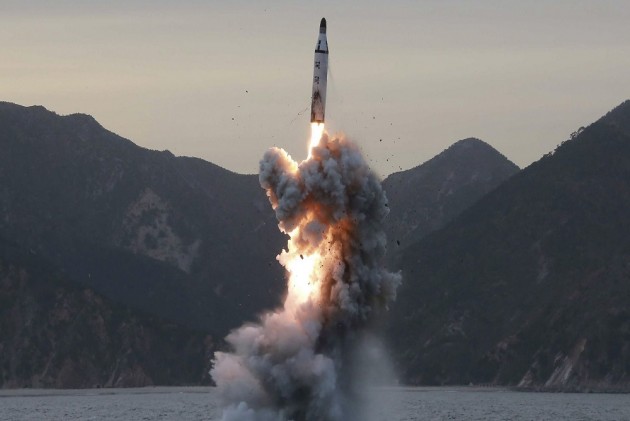 The US Defence Department has confirmed that North Korea carried out a missile test, and said the launch failed "almost immediately".

"The missile blew up almost immediately. The type of missile is still being assessed," the US Pacific Command said in a statement.

The US Pacific Command detected and tracked what it assessed was a North Korean missile launch at 2121 GMT on April 15, the statement said.

USPACOM is fully committed to working closely with its allies in the Republic of Korea and in Japan to maintain security, Benham said.

The failed launch came a day after North Korea showcased nearly 60 missiles at a giant military parade to mark the 105th birthday of its founder Kim Il-Sung.