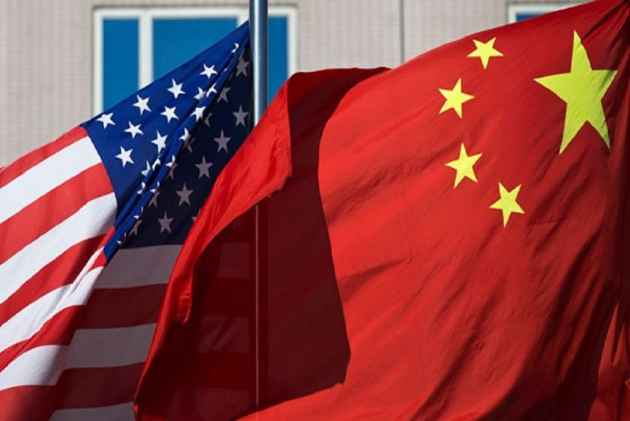 Print
A
A
A
increase text size
Outlook July 20, 2017 13:43 IST US And China Talk Ends In Deadlock As Threat Of Trade War Rises

The Comprehensive Economic Dialogue between China and the United States ended in a deadlock after the two sides failed to reach an agreement on trade on Wednesday.

Both countries cancelled their press conferences earlier in the day, providing no explanation for the moves, but indicating it was unlikely any concrete results had come out of the talks, according to the South China Morning Post.

The U.S. side cancelled its press conference first, the Chinese side followed.

This could cast a shadow over their trade relations amid White House's threats to impose steel and aluminium tariffs on Beijing.

The U.S. delegation released a short statement late on Wednesday. It said: "China acknowledged our shared objective to reduce the trade deficit, which both sides will work cooperatively to achieve.

"The principles of balance, fairness, and reciprocity on matters of trade will continue to guide the American position so we can give American workers and businesses an opportunity to compete on a level playing field," the statement said.

"We look to achieving the important goals set forth by President Trump this past April in Mar-a-Lago."

A statement issued by the Chinese delegation only said both sides would promote cooperation in the manufacturing sector, improve communication about macroeconomic policies, as well as cooperating in the financial sector and its supervision.

On Wednesday, when asked by a reporter if he would impose tariffs on steel imports, President Donald Trump said it "could happen".

The two sides had a day of contentious talks at the U.S. Treasury Department to address the United States' US$340 billion trade deficit with China, plus restrictions on access to Chinese markets.

The economic dialogue - one of the four mechanisms set up by Chinese President Xi Jinping and U.S. President Donald Trump after their first meeting in Florida in early April - is co-chaired by U.S. Treasury Secretary Steven Mnuchin, U.S. Commerce Secretary Wilbur Ross and Chinese Vice-Premier Wang Yang. The sides issued no statements about the results of the dialogue as the day progressed.

At the opening session on Wednesday morning, Mnuchin said the dialogue's purpose was to pursue a "fair and balanced economic relationship" between the US and China, addressing imbalances caused by Beijing's interventions in the Chinese economy, and communicating to revise existing policies and regulations or to reach new ones.

Meanwhile, Wang said at the opening session that the two sides agreed on an approach that would be non-confrontational, mutually respectful and promote win-win results.

"Dialogue cannot immediately address all differences, but confrontation will immediately damage the interests of both," he said.