Urdu Is Alive and Moving Ahead With Times: Gulzar 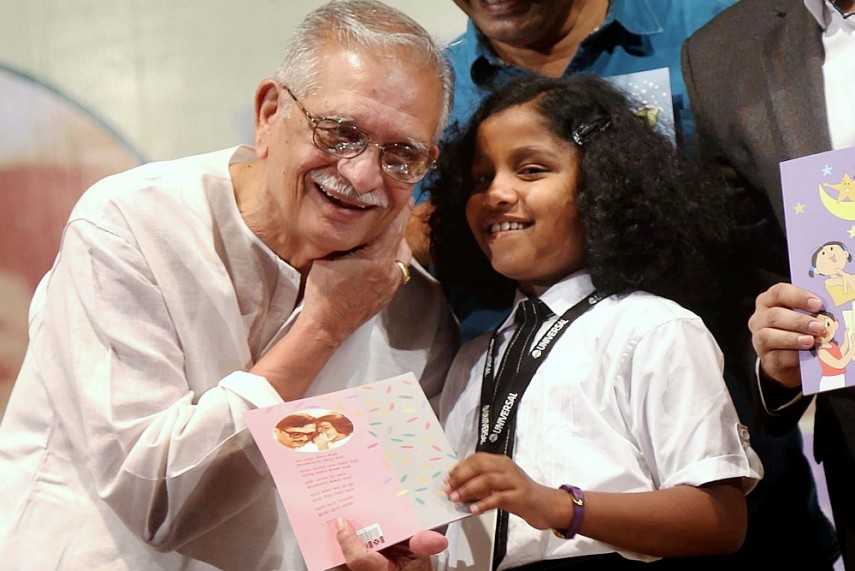 Print
A
A
A
increase text size
Outlook February 13, 2016 17:07 IST Urdu Is Alive and Moving Ahead With Times: Gulzar

Noted lyricist-poet Gulzar says that contrary to the believe that Urdu is dying, the language is alive and moving ahead with time.

"Urdu is alive the same way it was earlier and it is alive with the same old strength. Its energy hasn't reduced. Maybe its aspect is changing... This fear that Urdu is dying... Urdu is the most alive language and moving ahead with times," Gulzar said while Speaking at 'Jashn-e-Rekhta' festival.

Addressing a session on "Kaisa Yeh Ishq Hai Urdu Zubaan Ka" here, the lyricist said while the language is spoken and heard widely, it needs to be seen more.

"Urdu is heard and spoken but the missing thing is that it is not seen much. There should be work done on Urdu scripts. More scripts in Urdu should be written.

"Our artists also, like Vyjantimala ji used to write her dialogues separately in Tamil, her language... Shabana (Azmi) reads in Devnagari, not in Urdu, even though she speaks beautiful Urdu. There is nothing wrong in that but the need of more Urdu scripts is felt because the diction of the language is suffering," he added.

The 81-year-old lyricist, whose translations of famous Urdu poets have a huge fan following, said contemporary writers of the language should be taught so that it is kept alive.

"Ghalib, Mir and others are classic names in relation to Urdu but the language has moved beyond the 19th century and is still alive. So we should move beyond these names too... There are many other poets who should be taught like the other greats. Faiz Ahmed Faiz should be part of your text today," Gulzar said.

The poet, who calls filmmaker Bimal Roy his guru as he began his career with filmmaker's "Bandini", was asked about the influence of Bengali language on the Urdu he writes in.

"I don't know how much of my work has Bengali influence but I have lived in Bengal, know a lot of Bengalis. My first guru was Bimal Roy, my wife is a Bengali everyone knows. You want to hear this only...," the writer said as the audience broke in giggles and laughter.

When the topic came to Hilsa, a fish popular in Bengali region, Gulzar said no one cooks it better than Rakhi.

"I know how that is cooked... I have seen it getting cooked and tasted too. Like I always say, no one in this country makes it as good as she does (Rakhi, his wife) and I have never eaten outside."

On a serious note, he added, "Rabindranath Tagore affected me a lot. He inspired my writings. I got a direction from his work."