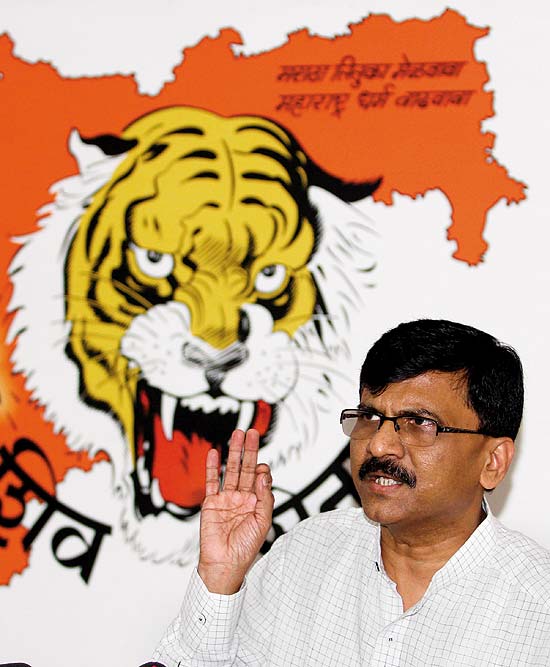 "A Shiv Sainik threw ink on Raut in front of the VVIP guest house here this afternoon," party sources said, adding that though the workers largely shielded their leader some of it fell on his clothes.

The offender, identified as Suryabhan Vishkarma, and his accomplice were, however, overpowered and beaten up by the workers.

The MP, who was here to meet Sena members and take stock of the situation ahead of assembly polls next year, said that he has come to know of some problems in the party and will look into them.

Both of the men have been taken into custody. One of them received injuries in the incident and has been hospitalised, they said.

According to sources, rival factions in the party came to blows over brewing discontentment and one-upmanship in the presence of their leader.