UP Govt Should Act on NHRC Report on Kairana Case: Naik 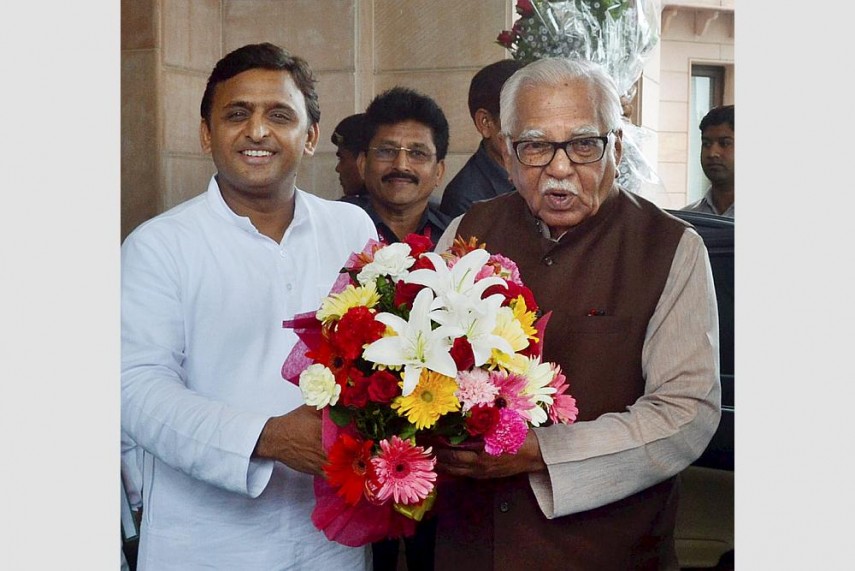 Print
A
A
A
increase text size
Outlook September 24, 2016 20:00 IST UP Govt Should Act on NHRC Report on Kairana Case: Naik

Uttar Pradesh Governor Ram Naik today said the state government should take cognisance of the NHRC report, which found that many families had "migrated" from Kairana due to threats pertaining to "increase in crime" and "deterioration" of law-and-order situation there.

"It is the responsibility of the UP government to take cognisance of the National Human Rights Commission's (NHRC) report on Kairana exodus and take appropriate action," he told reporters in Vrindavan.

NHRC had on September 21 issued a notice to the Chief Secretary and Director General of Police of the state to submit within eight weeks an action taken report on the observations and recommendations of the team which had found that many families have "migrated" from Kairana.

The Governor, who was in Vrinadavan for the inauguration of the Nivedita nurses hostel in Ramkrishna Mission hospital, however, refused to reply to queries on the performance of the Samajawadi Party government.

"Since the UP Assembly elections are approaching, therefore as the head of the state, it would not be proper for me to comment on the performance of the present state government," Naik said, adding that people of the state would express their views in the polls.

The Governor also condemned the recent terrorist attack in Jammu and Kashmir's Uri that left 18 soldiers dead and several others injured.

Naik lauded the contribution of Tata Trusts, which has helped in the construction of the new hostel at Ramkrishna Mission Sevashram.