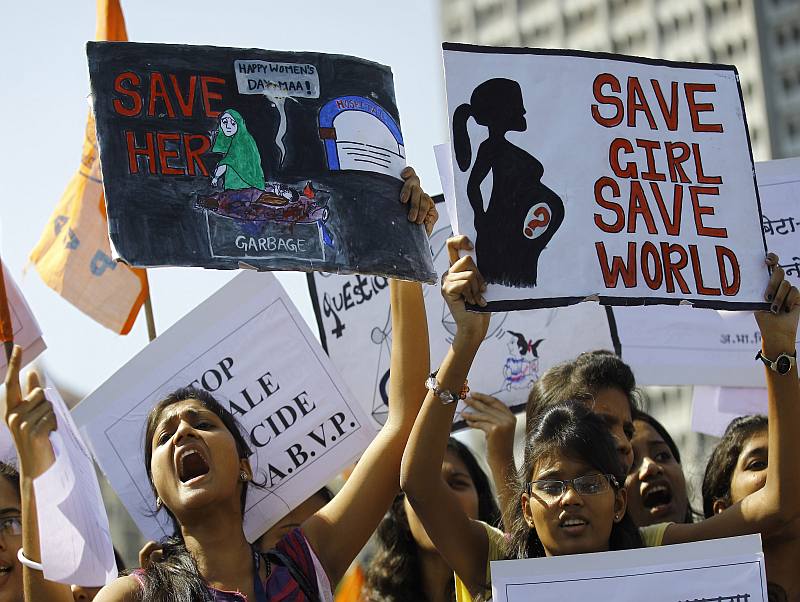 Darul Uloom of Deoband, the largest seminary in the country, has issued a fatwa (edict) against female foeticide, calling the act unlawful and against Islam.

Darul Ifta, the department which issues edicts, made its stand clear on what Islam/Quran/Hadith had to say about sex-selective abortions.

Its response came in the light of queries and media reports on skewed sex ratio among Muslims as the number of girls up to six years old per 1,000 boys in the same age group among Indian Muslims slipped from 950 in 2001 to 943 in 2011.

To a query as to what Islam/Quran/Hadith had to say about duties of a parent towards daughters and if there was any punishment for those who ill-treat their daughters whether in the womb or in real life, Darul Ifta said aborting a female foetus due to its sex is unlawful and "haram" (forbidden).

"During ignorance era, people used to bury their daughters alive which the Holy Quran condemned severely. It is totally unlawful and haram to abort the foetus when it is four months old without severe compulsion," it said.

"Islam orders us to treat our daughters well," it said, adding there is no concept in Islam that girls bring misfortune and disrespect.

Darul Ifta also stated, "Once the Holy Prophet Muhammad, said, 'He who is involved in the responsibility of bringing up daughters, and is benevolent towards them, they would serve protection for him against hell fire'."

Darul Uloom Rector Maulana Abdul Qasim Nomani, however, said this is not the first fatwa on this issue.

"Hundreds of fatwas have been issued in the past and this one is the latest in the series," he said.

Foeticide is already declared as 'haram' and 'qatl' (murder), but after knowing that the child is a girl, such an act becomes the biggest crime.