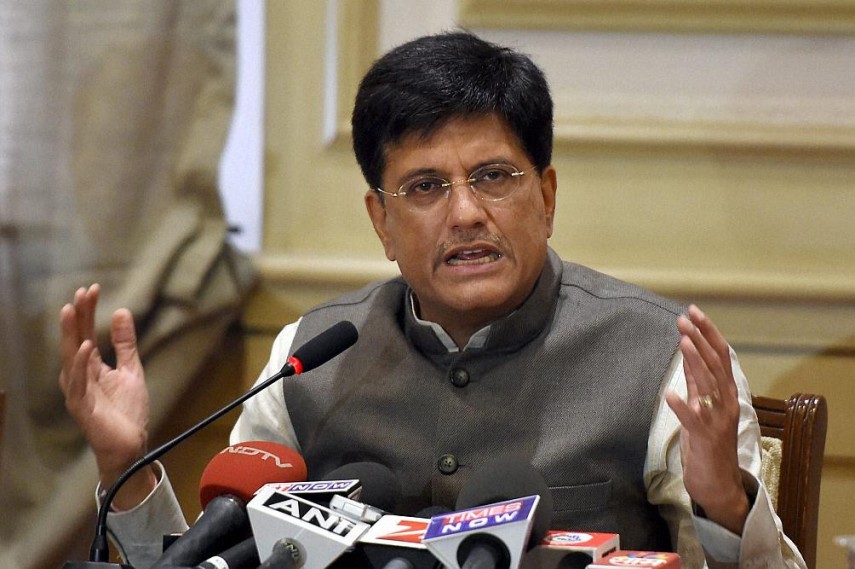 Union minister Piyush Goyal today took on Rahul Gandhi for his attack on Prime Minister Narendra Modi over demonetisation and claimed that the entire country was in favour of the exercise which sought to curb the black money menace.

The BJP leader wondered why the Congress vice president went on a vacation abroad if he was actually worried about the hardship of the people in the wake of demonetisation, adding that instead, he should have stayed among them.

"If he (Rahul) was actually so worried about the people's problems due to demonetisation, he should have stayed among the public to solve them. But, I am happy to know that after coming back from the vacation, he got to know so much about the economy. Probably, he is not able to understand that the entire country is backing the prime minister (over notes ban)," Goyal said.

He was talking to reporters here on the sidelines of a seminar at the ongoing Vibrant Gujarat Global Summit.

On the currency invalidation move, Goyal said, "The entire country is standing with the prime minister for the way he has attacked black money, terrorism and counterfeit currency.

"I understand that the Congress is worried about the growing popularity of the prime minister, thinking if the public rejected them so badly in 2014, then what will they do in the next election. They are pained by this thought."

The Union Minister of State for Power, Coal, New and Renewable Energy and Mines claimed that the possible adverse impact of demonetisation on the economy was known and the NDA government had been saying this "from day one".

"As far as its impact on the economy is concerned, we had been saying this since day one that there will be some problems and even the GDP (rate) may go down. I had said this in a transparent and open manner. Even a common man can say this in a country where 20-30 per cent of the economy is informal," he added.

Rahul today launched a blistering attack on Modi, accusing him of "instilling fear" among the people and "wrecking the economy" through demonetisation. The Congress leader was speaking at the party's day-long national convention, called in the wake of demonetisation in New Delhi.