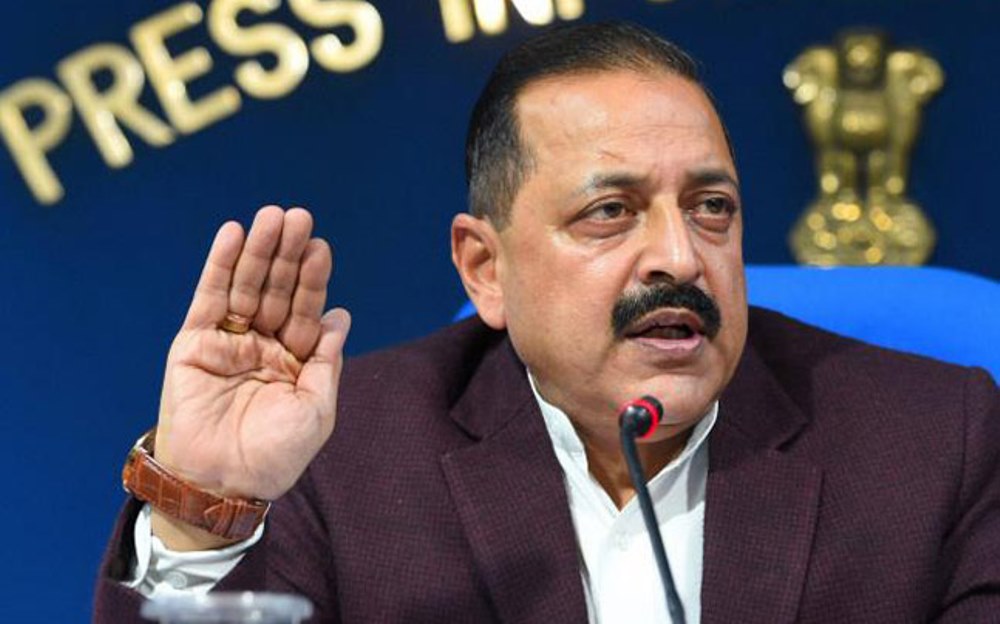 Taking a dig at former Jammu and Kashmir chief minister Farooq Abdullah on his controversial statement over Kashmir, Union Minister of State in the PMO, Jitendra Singh on Sunday said that it was "politics of opportunism".

"Some Kashmir centric political parties are like, when they are in power they say Kashmir to be an integral part of India and when the very same people are out of power they get enlightened overnight," Singh told reporters on the sidelines of a function.

Without naming the National Conference (NC) President, the union minister said that it become necessary for such leaders to raise question mark on Kashmir once they are voted out of power.

"These Kashmir centric politicians feel the necessity to raise question mark on Kashmir, and I must make this prediction that tomorrow if they come back into power, they will again see Kashmir as an integral part of Kashmir," Singh said.

A section of electronic media had reported that Farooq while speaking at a public meeting in Kishtwar last week had said that Pakistan occupied Kashmir (PoK) is not "your father's property" as he insisted that neither India nor Pakistan could capture the state's territory falling outside their control.

Singh said that the people of Kashmir especially the youth have understood the "dual nature" of this type of politics.

"This is a type of opportunism politics, but the satisfactory thing is that the people of Kashmir especially the youth of the valley have understood the dual nature of their policies," Singh said.

Earlier, while speaking at the function Singh said that today's India belongs to youth and those who are unable to accept this reality, are doing so at their own risk.

Addressing an interactive youth programme on the theme  "Role of youth and present socio-political scenario", Singh said, for generations together, the thinkers and political pundits took the conventional line to state that tomorrow belongs to youth, but herein today, we are faced with a scenario where not tomorrow, but today itself has been taken over by youth.

"Whereas at the time of independence in 1947, the population of India was around 44 crore, in today's India, the population below the age of 35-40 years is almost double to the extent of over 80 crore and every third person walking in the streets of India is a youngster," he said.

He said that while India is the world's biggest resource pool of youth force, the challenge now is, how best to channelise it for the benefit of India without letting it go waste or under-utilised.

Singh said, during the last two years of the Modi government, a number of youth-centric revolutionary decisions have been taken which no government in the past 70 years dared to do.

Citing example, he said, within few months of taking over, the age-old practice of getting certificates attested by the gazetted officers was abolished which had been a legacy of the British colonial rule.

"Beginning from January 1 this year, the Central government abolished interviews for appointments to junior posts. The recent decision to change the legal tender of Rs 500 and Rs 1000 notes is also motivated by a long term plan to make the youth of India an intrinsic part of the global economic management system, while at the same time, seeking to utilize the hoarded black money for benefit of enormous youth welfare schemes announced by the Modi government," he added.

As for Jammu and Kashmir, Singh said, for the youth living in all the three regions of the State, there are certain issues, which are of common concern.

Singh said, there is a huge youth energy waiting to be explored across the country, including in Jammu and Kashmir, and it is a challenge for all of us, more so for the elders, to ensure that this youth power is appropriately streamlined to achieve the objective of making India a "world power".