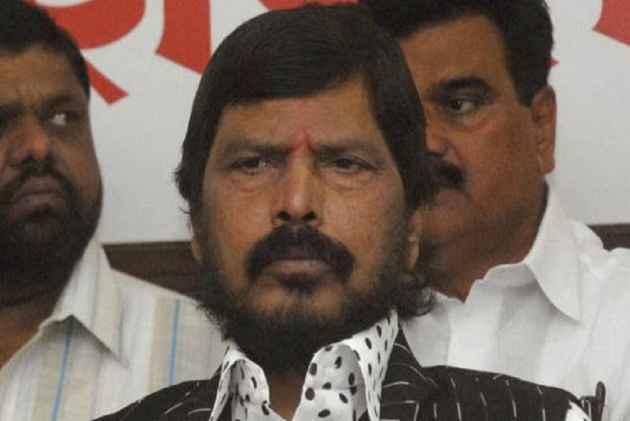 Union minister Ramdas Athawale has equated "so-called" cow vigilantes with cannibals and said that everybody has the right to eat beef.

Contending that "violent cow vigilantes" were defaming the Modi government, he demanded severe punishment for such people as he denounced the killing of a man in Nagpur two days back over the suspicion of carrying beef.

"Everyone has the right to eat beef. Since goat meat is expensive, people eat beef. I condemn the Nagpur incident. It is not right to become a 'nar-bhakshak' (cannibal) in the name of being a 'gau-rakshak' (cow protector)," the Union Minister of State for Social Justice and Empowerment told reporters in Mumbai today.

A 31-year-old Muslim man, with links to the BJP, was brutally thrashed in public by alleged cow vigilantes in Nagpur on Wednesday on the suspicion that he was carrying beef.

"Such incidents should not recur anywhere in the country. The Maharashtra government has already initiated action against those involved in the Nagpur incident. People who take law into their hands in the name of cow protection will be dealt with very strictly," the minister told reporters in Ahmedabad.

"I condemn whatever is happening in the name of saving cows in the country. These so-called 'gau-rakshaks' are actually 'nar-bhakshaks' who are defaming our government by such acts," he added.

Appealing to people to maintain a peaceful atmosphere, Athawale said, "Recently, our Prime Minister Narendra Modi warned these cow vigilantes to stop hooliganism in the name of cow protection. We are having a zero tolerance policy for such acts and our government will teach a lesson to these elements".

Meanwhile, about the explosives found in the Uttar Pradesh Assembly, Athawale said this was a "very serious matter".

"This incident is similar to the attack on Parliament (in 2001)," he said.

"There is no conspiracy to kill Yogi (Adityanath), but there should be an investigation into the matter. Its possible terror links should be also probed," he said.

In a major security breach, a powerful plastic explosive was found in the UP Assembly, Chief Minister Yogi Adityanath today informed the House, which unanimously recommended an NIA probe into it.

On NDA's presidential candidate Ram Nath Kovind, who is scheduled to visit Mumbai tomorrow, the Dalit leader said, "He should visit 'Matoshree' and meet (Shiv Sena president) Uddhav Thackeray. Pranab Mukherjee had also visited 'Matoshree' when his candidature was announced (for the post of president)".

Sources in the BJP had earlier said Kovind was not scheduled to visit Thackeray's residence during his Mumbai visit.

Athawale had visited Ahmedabad yesterday to take part in the regional conference of the ministers of Social Welfare departments from Gujarat, Goa, Maharashtra, Madhya Pradesh, Rajasthan and the Union Territories of Diu & Daman and Dadara & Nagar Haveli.

Continue FREE with Ads Pay Rs. 1 to Read Without Ads
READ MORE IN:
Ramdas Athawale National
Next Story : Rupa Ganguly Should Reveal How Many Times She Was Raped In Bengal, Says TMC Minister
Download the Outlook ​Magazines App. Six magazines, wherever you go! Play Store and App Store