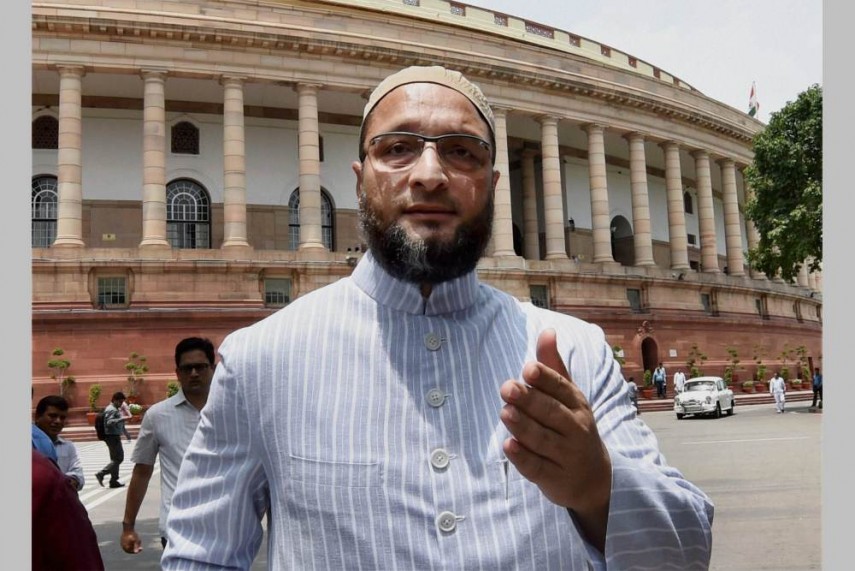 Asserting that Uniform Civil Code is not merely a Muslim issue, AIMIM President Asaduddin Owaisi has said people in parts of north-east would also oppose it even as he charged the BJP with a design to "finish" the country's pluralism and diversity.

"Uniform Civil Code (UCC) is not merely a Muslim issue. It's an issue which will be opposed by north-east, especially Nagaland and Mizoram", the Hyderabad Lok Sabha member told PTI here.

It's an issue on which many people in India would really worry now because it relates to pluralism and diversity of India that "BJP wants to finish", he alleged.

"For BJP, Muslims have to be made an enemy so that they can have polarisation around that issue. On UCC, people have seen through their game", Owaisi charged.

"Why Hindu Undivided Family benefits are not extended to Christians and Muslims? It should be extended to Christians and Muslims as well. When (Union Minister M) Venkaiah Naidu says religious laws should not be there in India, then what is Hindu Undivided Family, what is Hindu Marriage Act, Hindu Succession Act, what are all these things?", he asked.

Widening its consultation on the contentious issue of UCC, the Law Commission has asked all national and state political parties to share their views and plans to invite their representatives for interaction on the subject.

The panel has sent a questionnaire on the subject to the parties and asked them to send their views by November 21.

Venkaiah Naidu, Urban Development and Information and Broadcasting Minister, has said UCC would not be brought through the back door and without a consensus.