Under Fire For Bias, EC Navin Chawla Refuses to Resign 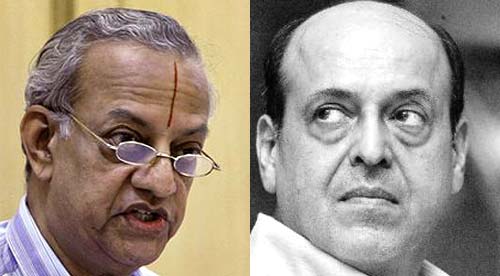 Print
A
A
A
increase text size
Outlook January 31, 2009 11:13 IST Under Fire For Bias, EC Navin Chawla Refuses to Resign

The recommendation comes about three months before Gopalaswami is to demit office on April 20 and is based on a petition by the BJP which had complained against the "partisan" functioning of Chawla.

"I did my job. The report has been given," Gopalswami has said, but declined to elaborate on his report, saying "it is a privileged document".

"It is a privileged document. I will not take any questions. I only said the report has been sent to the President," Gopalaswami told reporters when asked about his controversial report on his colleague.

"I have no comment at all" on the issue, he said when reporters persisted with their questions on the issue.

The CEC also refused to say anything on the schedule for the General Elections. He said the Commission has not discussed the issue.

Why Should I Resign?

For his part, Navin Chawla is adopting a combative approach. "Why should I resign," he shot back when asked by reporters whether he would quit in the wake of Gopalaswami's recommendation to the President for his removal.

He refused to comment on the CEC's recommendation, saying he was not aware of any letter written to the President.

Asked about his next step, Chawla said, "We have to conduct general elections and so we must continue to work in that direction."

He said the Commission has conducted "flawless" elections for the past several years and "We will continue to do so."

The Chief Election Commissioner's recommendation ahead of the general elections brings to the fore the differences among the three-member body which has often been marred by clashes over crucial decisions.

Only last year, Chawla had raised serious objections to the holding of the Karnataka assembly elections in May but was over ruled.

Similarly, he is believed to have also had reservations over the conduct of assembly elections of Uttar Pradesh in the summer of 2007.

Sources said that Gopalaswami has believed to have given the recommendation but he was not sure whether the government would accept it.

The Commission works on the principle of consensus and in case of differences, it goes by majority opinion.

Gopalaswami is understood to be of the view that Chawla and the other Election Commissioner S Y Qurashi could get together and ensure that the Lok Sabha elections could very well start after April 20 once he is out of the Commission.

In 2006, Leader of Opposition in the Lok Sabha L K Advani and 204 MPs had submitted a petition to then President A P J Abdul Kalam seeking the removal of Chawla as Election Commissioner on the ground of alleged partisanship. The main opposition party also took the matter to the Supreme Court.

Gopalaswami in his affidavit to the apex court had claimed that the CEC had suo motu power to recommend the removal of an Election Commissioner. Following which the BJP withdrew its petition in the apex court and again took up the issue with the CEC.

Government had maintained in the Supreme Court that the CEC had no suo motu power power to remove an Election Commissioner.

This is for the second time that removal of an Election Commissioner is coming up before the poll panel. In 1990, soon after the National Front government came to power, it removed two Commissioners appointed by the Rajiv Gandhi government by reducing the number of Commissioners from the three-member Commission just before the 1998 polls.