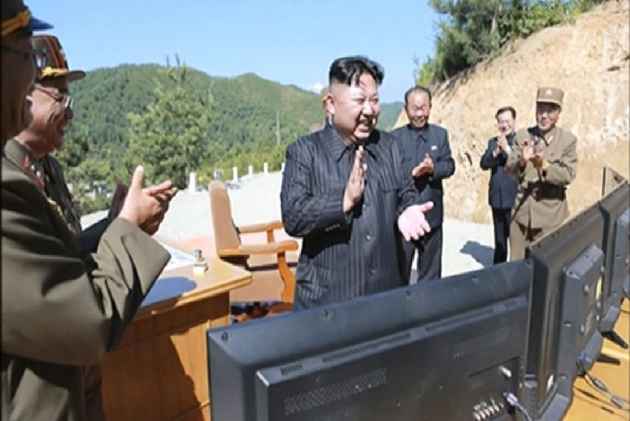 The UN Security Council will vote today on a US-drafted resolution toughening sanctions on North Korea, diplomats have said, a proposed ban on certain exports that could deprive Pyongyang of $1 billion in annual revenue.

After a month of negotiations, the United States reached a deal with China, North Korea's main trading partner and ally, on the measures aimed at ratcheting up pressure on Pyongyang to halt its missile and nuclear tests.

The Security Council was scheduled to vote at 3 pm today on the new raft of sanctions, diplomats confirmed.

The draft resolution calls for a ban on all exports of coal, iron and iron ore, lead and lead ore, as well as fish and seafood by the cash-starved state, according to the text seen by AFP.

If implemented by all countries, the ban would strip Pyongyang of roughly a third of its export earnings estimated at $3 billion per year, according to a diplomat familiar with the negotiations.

The diplomat, who briefed reporters on the content of the draft, said he had "high confidence" that China and Russia would support the proposed sanctions.

Backed by its European allies, Japan and South Korea, the United States has been leading the push at the United Nations for tougher sanctions in response to North Korea's launch of an intercontinental ballistic missile on July 4.

A second test on July 28 further raised alarm about Pyongyang's drive to develop a missile capable of hitting the US mainland.

The draft text would also prevent North Korea from increasing the number of workers it sends abroad, prohibit all new joint ventures and ban new investment in the current joint companies.

North Korea is blamed for a "massive diversion of its scarce resources" toward the development of "nuclear weapons and a number of expensive ballistic missile programs," the draft resolution said.

The new raft of measures would be the seventh set of UN sanctions imposed on North Korea since it first carried out a nuclear test in 2006, but these have failed to compel Pyongyang to change its behavior.

The United States has put heavy pressure on China, which accounts for 90 per cent of trade with North Korea, to enforce the sanctions.

The proposed resolution would add North Korea's Foreign Trade Bank, the primary foreign exchange bank, to a UN sanctions blacklist, which provides for an assets freeze.

It would also tighten trade restrictions on technology to prevent North Korea from acquiring items that could be used for its military programs.

Under the proposed measure, North Korean vessels caught violating UN resolutions would be banned from entering ports in all countries.

The draft resolution however does not provide for cuts to oil deliveries to North Korea -- a move that would have dealt a serious blow to the economy.