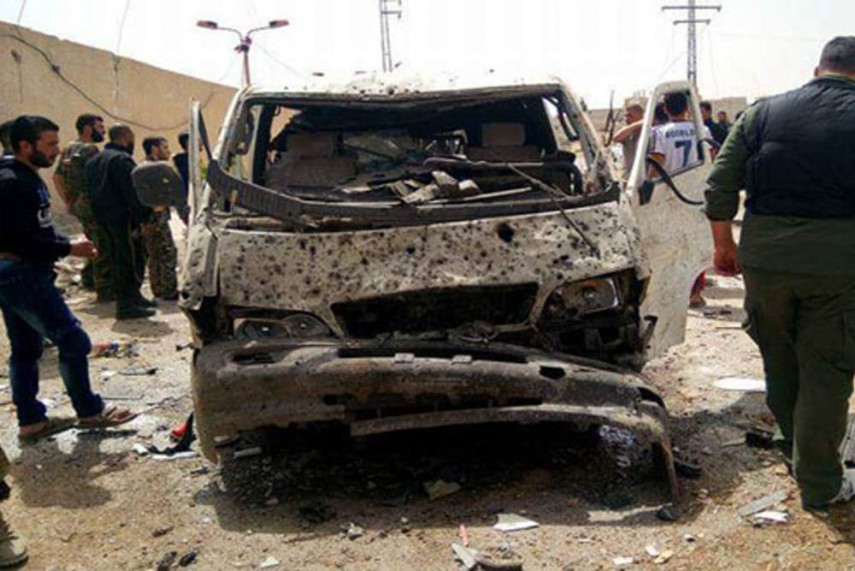 The United Nations suspended all humanitarian convoys in Syria today following a deadly air strike on aid trucks, as fighting intensified after the regime declared an end to a week-long truce.

Both Syria and Russia denied they were behind the raid on the convoy near northern city Aleppo, which the Red Cross said killed "around 20 civilians" including an employee of the Syrian Red Crescent.

Air raids and shelling meanwhile pounded key battlefronts across the country -- dimming hopes that the fraught ceasefire brokered by Moscow and Washington could be revived.

Key players including the United States and Russia were meeting in New York today in an effort to salvage the peace process, which US Secretary of State John Kerry had warned could be the "last chance" to end Syria's civil war.

UN chief Ban Ki-moon opened the assembly debate with a call to end the fighting in Syria.

"I appeal to all those with influence to end the fighting and get talks started," Ban said.

Yesterday's strike on the aid convoy provoked outrage from UN officials, with aid chief Stephen O'Brien warning that if deliberate "it would amount to a war crime".

The International Federation of Red Cross and Red Crescent Societies said last night's raid destroyed at least 18 of 31 vehicles, as well as a Red Crescent warehouse in Orum al-Kubra in Syria's Aleppo province.

"Much of the aid was destroyed," the IFRC said in a statement, stressing that "the attack deprives thousands of civilians of much-needed food and medical assistance."

UN humanitarian agency OCHA said that the movements of all aid convoys in Syria had been suspended as an "immediate security measure" after the raid.

The attack marked a "very, very dark day for humanitarians in Syria and indeed across the world," OCHA spokesman Jens Laerke said, adding that it was "paramount that we are able to establish the facts through an independent investigation."

A Syrian military source denied any regime involvement, telling state media: "There is no truth to media reports that the Syrian army targeted a convoy of humanitarian aid in Aleppo province."

The Russian defence ministry also said that both its forces and the Syrian air force "did not conduct any strikes against the UN aid convoy."

The strike came just a few hours after the Syrian army announced the end of the truce last night, accusing rebels of failing to "commit to a single element" of the US-Russia deal.