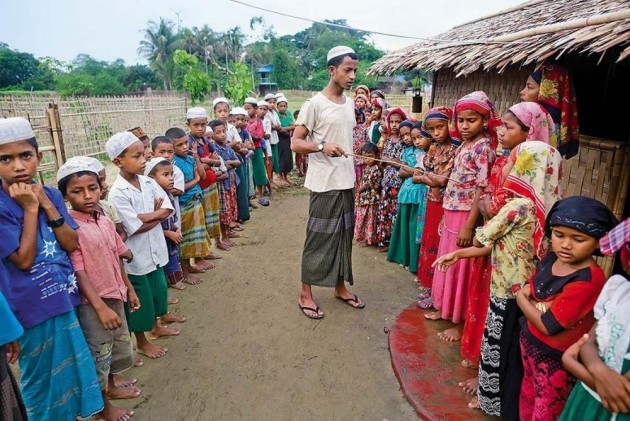 Up to 30,000 people have been displaced by violence in Myanmar's Rakhine state, half of them over the course of last weekend when dozens of people died in clashes with the military, the UN said today.

Troops have poured into a strip of land along the Bangladesh border, an area which is largely home to the stateless Muslim Rohingya minority, since coordinated attacks on police posts last month.

The army this week said troops have killed nearly 70 people as they hunt the attackers, although activists say the number could be much higher.

Violence escalated over the weekend, with state media reporting troops had killed more than 30 people in two days of fighting after the army responded to ambushes by bringing in helicopter gunships.

The UN's special rapporteur on Myanmar, Yanghee Lee, criticised the government led by Nobel Laureate Aung San Suu Kyi for their handling of the crisis and called for "urgent action".

The UN's Office for the Coordination of Humanitarian Affairs (OCHA) said 15,000 people were believed to have fled their homes over the space of 48 hours.

"Up to 30,000 people are now estimated to be displaced and thousands more affected by the 9 October armed attacks and subsequent security operations across the north of Rakhine State," said a spokesman for the UN OCHA.

"This includes as many as 15,000 people who, according to unverified information, may have been displaced after clashes between armed actors and the military on 12-13 November."

Authorities have heavily restricted access to the area, making it difficult to independently verify government reports or accusations of army abuse.

A delegation of UN officials and foreign diplomats made a brief trip to the area in an effort to get aid deliveries reinstated, which state media has hailed as proof no abuses had been carried out.

The resurgence of violence in western Rakhine state has deepened a crisis that already posed a critical challenge to Suu Kyi's administration seven months after it took power.

More than 100 people died in 2012 in clashes between the majority Buddhist population and the Muslim Rohingya, and tens of thousands of them were driven into displacement camps.